Liverpool were absolutely brilliant against Manchester City yesterday as they ended Guardiola’s unbeaten run in the Premier League.
The Reds have got a quality squad that can beat any team even without Coutinho, still, the Brazilian star was world class under Klopp and must be replaced.
One possible replacement in the lime light is Gelson Martins. Earlier in the day, we covered a report (via Correio da Manhã ) claiming that the Reds have offered a bumper contract to the 22-year-old star to move to Anfield.
Also Read: Liverpool Close to Agreeing Fee to Sign Spanish Star
On the other hand, Record (press image provided below) have come up with a report and claimed that Liverpool have made approach to sign the attacker, who has got a release clause of €60million ($73.5million) which can be raised to €100million if Sporting pay €1.5million to the player.
The Portuguese source have mentioned that the likes of Barcelona, Real Madrid, Bayern Munich and Juventus are interested in signing him but even for a fee as big as €100million, Sporting CP will not sell him in the middle of the season.
Sporting are fighting for the title and it makes sense that they do not want to lose their prized asset this month. They defeated Desportivo Aves 3-0 last night to move to the top of the league for the time being. Porto are a point behind in second and have a game in hand. In 16 league starts, Martins has so far scored 5 goals and provided 3 assists this season. 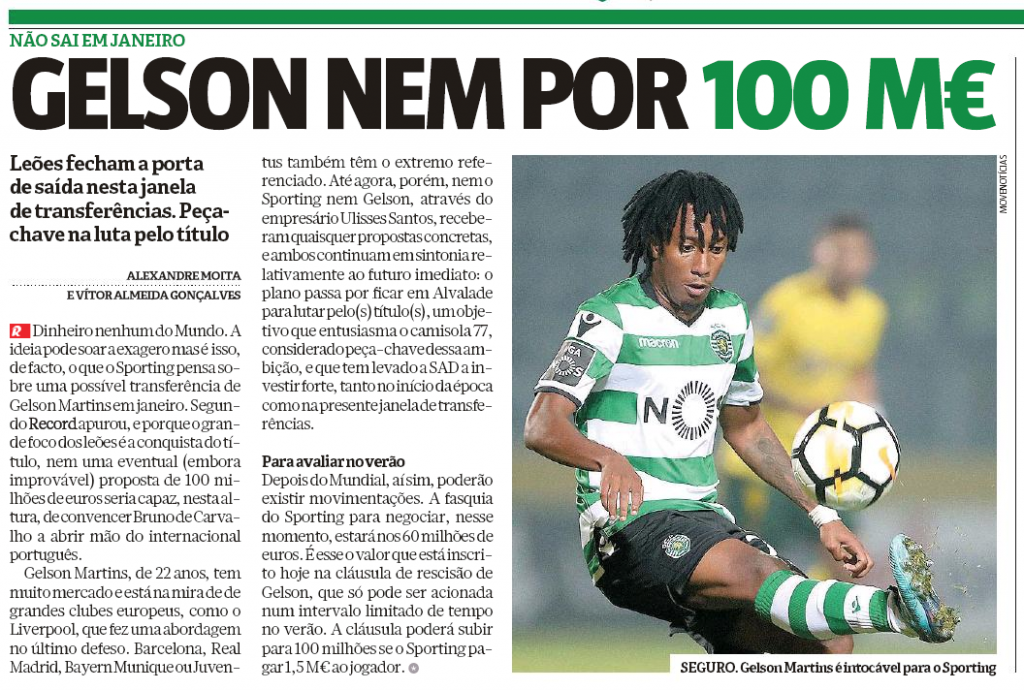