Tottenham Hotspur finished second in the Premier League last season and manager Mauricio Pochettino must reinforce his squad this summer if he wants to win the ultimate prize in the next campaign.
As far as the strike-force department is concerned, Spurs did sign Vincent Janssen last season but he failed to step up when Kane was absent and he should really be sold in the summer transfer window.
Earlier in the day, we covered a report (via Telegraph) claiming that the North Londoners are interested in signing Bournemouth forward Josh King. The Norwegian star is rated around 30 million pounds.
On the other hand, recent reports in Germany (Bild) have suggested that Bayer Leverukusen star Javier Hernandez might be leaving this summer and Tottenham are one of the clubs who has shown great interest in hiring his services. 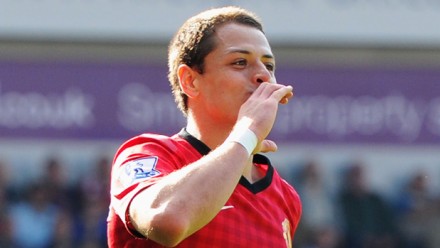 Spurs were also linked with the former Manchester United striker back in December 2016 and Mirror mentioned that Chicharito has a huge release clause of 33.5million pounds ($43.6million) in his contract.
The important factor is that Javier’s deal with Leverkusen will expire next year and as per the provided Bild link, the Bundesliga side are only demanding a fee of 15 million euros for him.
Hernandez is a proven quality striker who was influential in helping United win the PL title in his debut campaign. Last year, the 29-year-old center forward netted 13 goals and provided 4 assists in 36 games (all competitions) for Bayer Leverkusen.
In your opinion, should Spurs sign King or Hernandez?