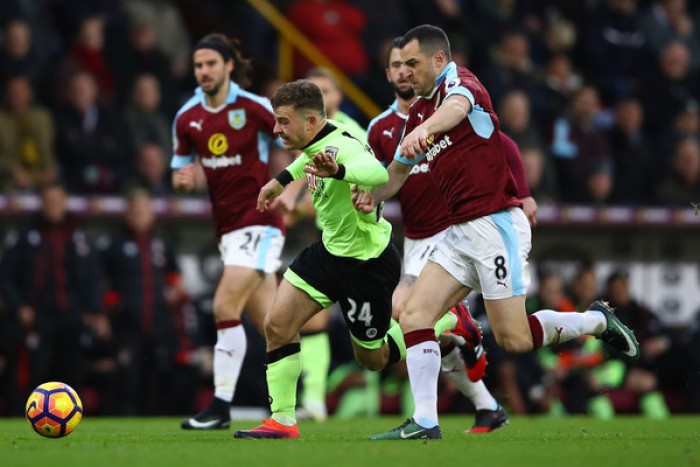 ‘The Clarets’ are yet to find their form after collecting just a single point in five matches. Last weekend, Burnley lost against the newly promoted Wolves, who made the impressive 30 shots at Joe Hart’s net. The keeper retained the score respectable and Sean Dyche’s side was defeated with the minimal 1:0.

AFC Bournemouth has picked up 10 points since the start season after achieving 3 wins, 1 draw and 1 loss. ‘The Cherries’ have improved a lot in recent years and seem to be real contenders for the Europa League spots this year.

Burnley lost at home to AFC Bournemouth the last time both teams played against each other. This is the only time AFC Bournemouth have managed a win at Turf Moor since failing to win on 5 previous occasions (3L 2D).
Burnley were defeated in 6 of their 7 last games in the Premier League.
AFC Bournemouth started the season on a high, scoring at least twice in 4 of their 5 opening fixtures. ‘The Cherries’ failed to score only against Chelsea in a 2:0 defeat at the beginning of September.

Benjamin Gibson, Nick Pope, Steven Defour and Anders Lindegaard will not feature for Burnley since they are all recovering from injuries.
Eddie Howe and AFC Bournemouth will travel to Burnley without the injured Junior Stanislas and Charlie Daniels.

‘The Clarets’ are yet to win in the Premier League this season but most of this is due to the disappointing performance at the back. So far Burnley concedes a huge number of chances which would benefit Bournemouth’s attack. The visitors are sharp in front of goals managing to score 10 goals in 5 games. However, ‘The Cherries’ also have problems with defence so Both Teams to Score looks like a decent value bet.
If you fancy higher odds, we recommend a AFC Bournemouth Win by 1 Goal Margin bet. Bournemouth should keep the momentum going and could leave Turf Moor as the heroes in a narrow win.
Both Teams to Score – 1.75
AFC Bournemouth Win by 1 Goal Margin – 4.33