AS Roma vs. SS Lazio Preview, Tips and Odds

One of the oldest derby matches is coming on 29 September at Stadio Olimpico, AS Roma facing SS Lazio in a match filled with passion and emotions.
There is no doubt both teams will do everything possible to smash their opponent. The Eagles are flying high as they have won 4 games in a row, including the Europa League clash against Apollon Limassol, moving four points clear of their rivals. On the other hand, Roma are currently struggling as they were crushed by Milan (2:1) and Bologna (2:0) and suffered a draw against Chievo after they were two goals ahead in their last three Serie A matches. Roma’s European trip was disappointing too, with a three-nil defeat from Real Madrid. 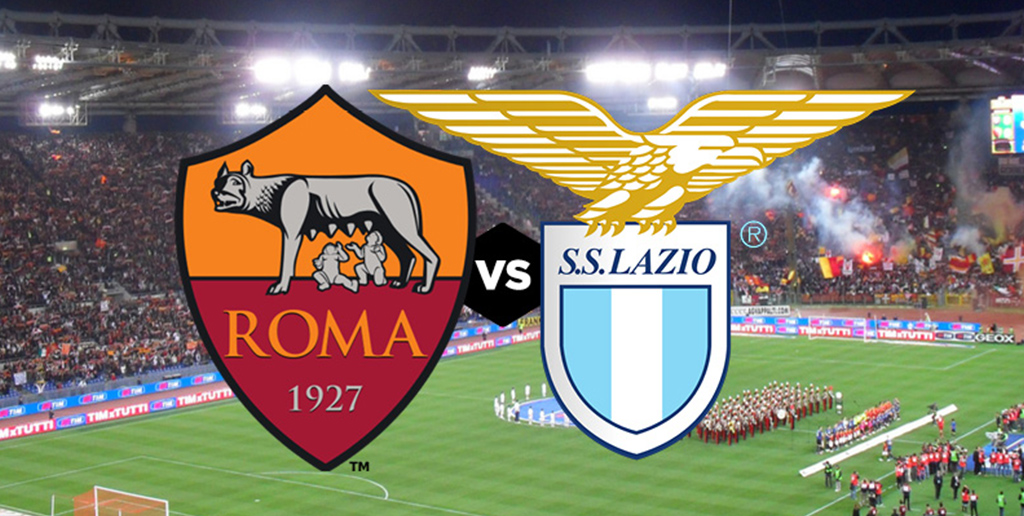 Diego Perotti has a thigh injury and his comeback is doubtful. Jordan Lukaku and Stefan Radu are still sidelined for the visitors while Valon Berisha and Luiz Felipe are unlikely to get fit enough on time.

AS Roma vs. SS Lazio Head to Head

Roma has the statistics on their side, having won 22 out of 44 matches. Lazio won 11 games and ended 11 matches in a draw. The Giallorossi had an advantage in the last 10 league games, too – 6 wins, 3 draws and 1 defeat only. 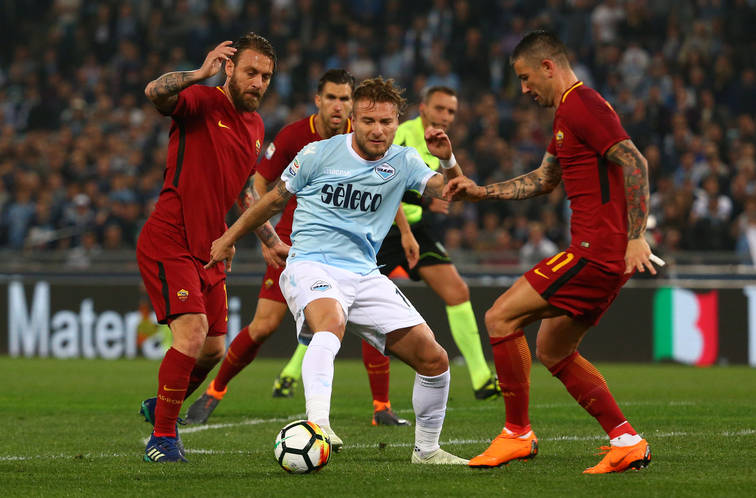 AS Roma Team For

23 Sep 18 Lazio 4-1 Genoa
20 Sep 18 Lazio 2-1 Apollon Limassol
16 Sep 18 Empoli 0-1 Lazio
02 Sep 18 Lazio 1-0 Frosinone
25 Aug 18 Juventus 2-0 Lazio
18 Aug 18 Lazio 1-2 SSC Napoli
It seems like Lazio are in better form judging by the two teams’ latest results but there is no favourite in such a derby match. The Biancoceleste have lost all their rivalries, against Napoli and Juventus, so far. Roma is not in a better position they were defeated by Milan and Real Madrid in the most important games.
Defence is the weak spot of both teams that can be easily punished, so we expect the positioning of many players in the back in an attempt to keep a clean sheet. It won’t be easy having players like Dzeko, Schick, Kluivert against Immobile, Caicedo, and Sergej Milinkovic-Savic on the other side.

AS Roma vs. SS Lazio Prediction

Our prediction goes on a goalless tie.
AS Roma vs. SS Lazio 0-0