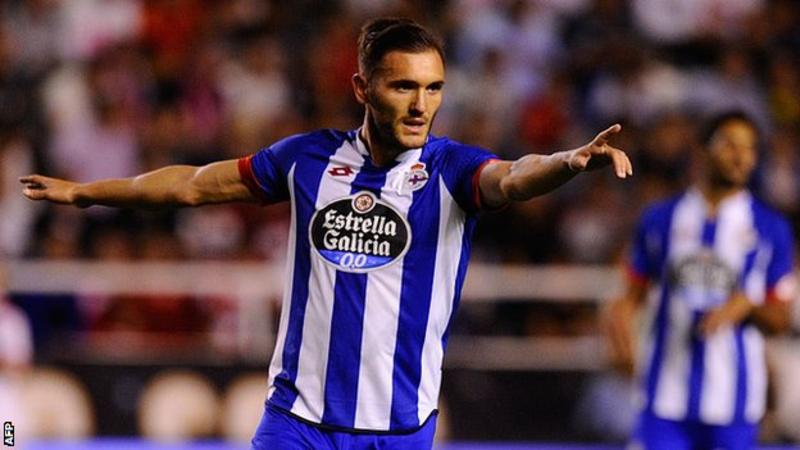 West Ham United have landed their eighth recruit of the ongoing transfer window with Lucas Perez signing for them from Arsenal. The Spaniard barely featured for the Gunners in the Premier League with just two starts to his name, and he has now been offered a fresh opportunity in the English top-flight.
Back in the summer of 2016, Perez made the switch to north London from Deportivo La Coruna after the Gunners decided to trigger the release clause written into his contract. Shortly after, the British press termed him as the ‘Spanish Vardy’ after their failure to sign the original one from Leicester City but things thereafter did not go as planned for the forward.
Barring a couple of Premier League starts, Perez’s opportunities under ex-boss Arsene Wenger were restricted to the Cup and European competitions with his most notable feat being a Champions League hat-trick versus Basel, which should remain one of the highlights of his career.
The season afterwards, Perez was loaned back to Deportivo after he expressed his ambition to win a national team cap, but the move rather turned into a nightmare after the supporters called him a mercenary and criticised him for the club’s relegation from the Spanish top-flight.
With the new season beckoning, it had initially looked like Unai Emery could offer a second chance to Perez with the Gunners but after a couple of pre-season games, the Spaniard was nowhere to be seen, thus giving a clear indication that he was deemed surplus to requirements.
Perez has become the Hammers eighth signing of the transfer window following the arrivals of Ryan Fredericks, Lukasz Fabianski, Issa Diop, Jack Wilshere, Andriy Yarmolenko, Fabian Balbuena and Felipe Anderson. West Ham have now spent nearly £100m under the guidance of new head coach Manuel Pellegrini.