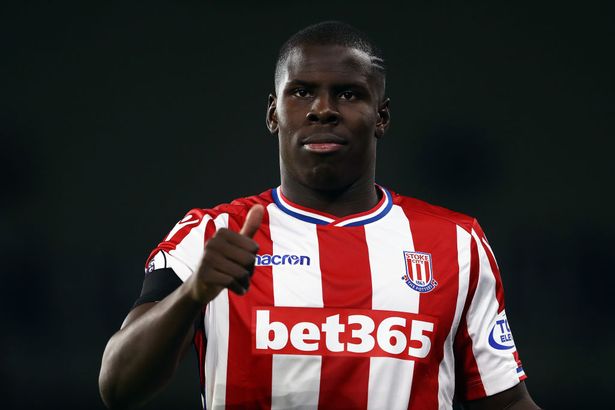 Everton have confirmed the signing of defender Kurt Zouma on a season-long loan from Chelsea. The France international spent the previous campaign on loan with Stoke City, who were relegated to the Championship and he has now been offered another chance to impress with a top-flight club.
The Toffees approached for the France international towards the dying stages of the transfer window and they managed to push through the temporary move before the transfer deadline. Nonetheless, an announcement regarding the same was halted with the club unsure whether the necessary documentation had been sent to the necessary authorities before the cut-off period.
With the deal now official, manager Marco Silva has two additional central defenders to work with Zouma being accompanied by Yerry Mina, who joined the club on a permanent basis from Barcelona on transfer deadline day. Right from Colombia’s exit at the World Cup, Mina had been linked with the Toffees but the move became complicated after Manchester United were alleged to have joined the player’s pursuit.
Despite this, the Merseyside outfit were never really worried losing out on the central defender but they have been forced to agree upon a buy-back clause which may attract Barcelona’s interest, should the Colombian transform into a standout player in the Premier League in the coming years.
Meanwhile, Zouma has another opportunity to impress in the Premier League and a strong showing could capture the eye of Maurizio Sarri, who may want to find a younger replacement for the likes of David Luiz and Gary Cahill in the future.
The Frenchman, who has five years remaining on his Chelsea contract, could become a regular for the Toffees at the heart of the defence in the coming weeks and it would not come as a surprise, if he is partnered alongside fellow summer signing Yerry Mina, who remains a genuine threat from set-pieces.