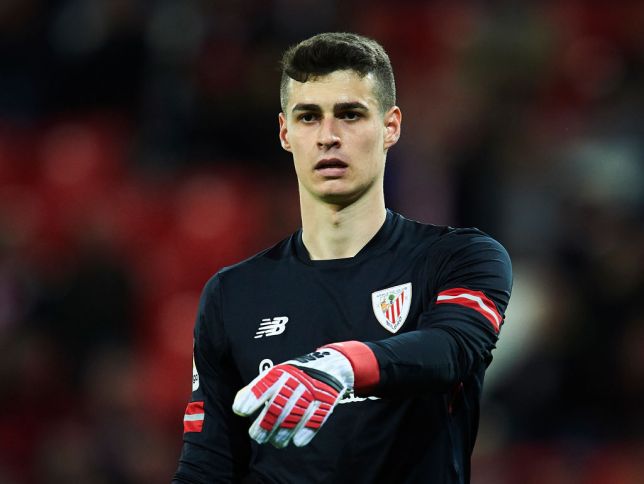 Chelsea have landed their third recruit of the summer transfer window with Kepa Arrizabalaga joining them from Athletic Bilbao. The west London giants have acquired the Spanish goalkeeper on a club-record fee worth (BBC) £71m, which makes him the world’s most-expensive shot-stopper ahead of Alisson, who cost Liverpool £66.8m last month.

Since the close of the World Cup, Belgium international Thibaut Courtois had been leaning towards a move to Real Madrid with his urge to be closer to his children. At one stage, it appeared that the Blues may not sanction the Belgian’s exit due to the failure to find a solid replacement but they have eventually permitted the shot-stopper’s sale after sealing the surprise capture of Kepa.
Meanwhile, Courtois’ move to the Bernabeu has also helped them acquire the services of Mateo Kovacic on a season-long loan and the Croatian will most certainly bolster the centre of the park which appeared a weakness last summer with the departure of Nemanja Matic to Manchester United.
Chelsea begun the transfer window with a whole load of frustration as they could not lure Maurizio Sarri from Napoli until the early stages of July. Nevertheless, they have managed to sort out their transfer business neatly thereafter with Jorginho, Rob Green, Kepa and Kovacic making up their signings for the summer.
Whilst Green may hardly get a game next term, the rest are likely to be hugely influential under Sarri and it will be interesting to see how the Italian will accommodate both of his midfield signings into the starting lineup.
N’Golo Kante and Jorginho are likely to be constants at the heart of the midfield and the key decision could lie on whether Sarri fancies the finesse and creativity of Cesc Fabregas or the hard-working and tireless workrate of Kovacic.