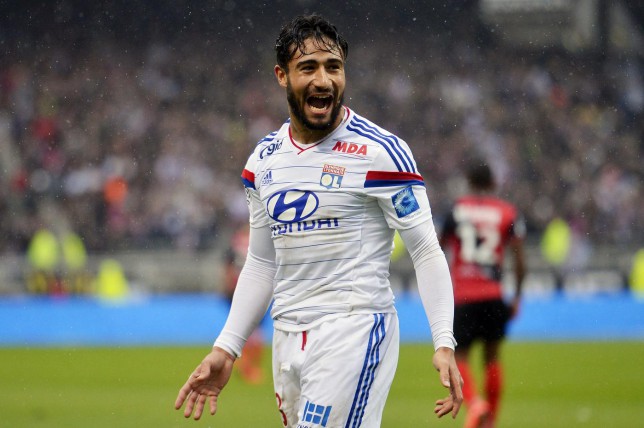 FA Cup holders Chelsea are understood to have decided against a move for Lyon’s Nabil Fekir during the recent transfer window. The France international had emerged as a transfer target for the Blues during the dying stages of the transfer window but ultimately, a move never materialised with the club said to be content with the attacking options at hand.
According to Goal.com, Fekir was an option for the Blues during the final month of the transfer window but the board decided against making a formal approach after they managed to keep the attacking core of the squad together.
Both Eden Hazard and Willian were touted for potential moves away from Stamford Bridge before the Premier League transfer deadline but eventually, neither parted ways with the Blues despite them not being able to offer Champions League football.
Shortly after the summer World Cup, Hazard hinted that it could be time to move on after six successful seasons in west London but there has not been any transfer negotiation regarding the attacker since with Real Madrid not tempted to make an approach.
On the other side, Willian had been fancied to make a switch to Barcelona but the deal never came to fruition with the Blaugrana opting to sign compatriot Malcom instead after they were priced out of a move.
As such, the Blues are seemingly in a strong position for the ongoing campaign and Goal.com claims that Hazard has been offered a £300,000-a-week deal, should he decide to extend his stay beyond the summer of 2020.
Chelsea have begun their Premier League campaign in a strong fashion with a 3-0 triumph over Huddersfield and they are now scheduled to face cross-town rivals Arsenal at Stamford Bridge this weekend.