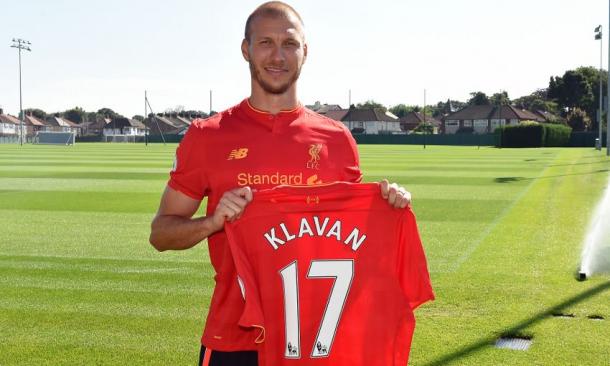 Liverpool have sanctioned the permanent sale of defender Ragnar Klavan to Serie A club Cagliari. The Estonia international was largely a back-up player during his previous two seasons with the Reds and he has now been offered the opportunity to pursue a fresh challenge in his career.
According to Sky Sports News, the Reds have parted ways with the £55,000-a-week defender on a permanent basis after agreeing on a fee in the region of £2m with Cagliari.  Judging by his age, Klavan was indeed a surprise signing when he arrived from Augsburg couple of years ago and though, he was normally a back-up player, he managed to rack over 50 appearances for the club across all competitions.
Meanwhile, with the departure of Klavan, the Reds have just one recognised centre-back in the form of Virgil van Dijk with Dejan Lovren and Joel Matip recovering from short-term injuries but Klopp has nevertheless stressed that he is content with the options at hand for the ongoing campaign.
Alongside Van Dijk, Joe Gomez had done a credible job in the past and Klopp is confident that the Englishman can step up his game despite his recent injury doubles. Apart from Gomez, the German tactician has talked up Fabinho and club graduate Nathaniel Phillips slotting into the central defensive positions if required and this appears to have influenced the decision to offload Klavan this month.
Liverpool begun the season with a rather comfortable win over West Ham United as they beat them by a 4-0 scoreline but they can expect a much difficult encounter against Roy Hodgson’s Crystal Palace when they face them at Selhurst Park on Monday. Unlike other teams, the Eagles have played with a positive attacking mindset whenever sides have visited their homeground and the Reds may have to withstand the early threat particularly from Wilfred Zaha.