Juventus announce the arrival of star striker for £99.2m 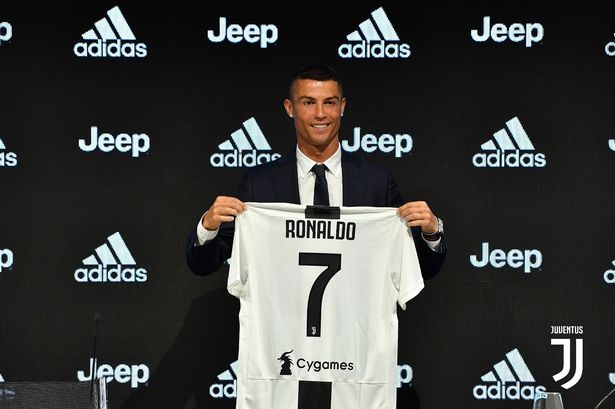 Serie A holders Juventus have officially announced the blockbuster signing of Cristiano Ronaldo from Real Madrid. The Portuguese superstar has penned a four-year deal with the Bianconeri after they agreed on a near £100m sum for his services from the European champions.
Ronaldo’s future at Real Madrid had first come under consideration last summer after the tax evasion charges levied against him by the Spanish authorities but the Portuguese still decided to remain with Los Blancos with whom he went on to win his fifth Champions League crown.
However, with another campaign beckoning, Ronaldo has finally parted ways with Real Madrid after nine glorious seasons and he now has the opportunity to leave his legacy in the Serie A with the Bianconeri.
Like Los Blancos, the Bianconeri have been constants when it comes to reaching the knockout stages of the Champions League and they have not quite passed the final hurdle after suffering final defeats in two of the previous four campaigns.
As such, Ronaldo could bring a change to their fortunes with his tendency to be more clinical in front of goal and the next campaign could be a true test of his credentials, considering the club have taken a gamble with him during the twilight of his career.
At 33, many players around the world are planning their retirement with a big payday in either China or Qatar but Ronaldo has proved from the season just past that he can maintain his performance levels regardless of his trailing age.
The Portuguese had a relatively quiet start to his final season with Real Madrid where he had managed just two league goals until December but he picked up form during the backend of the campaign to end a nine straight term with 25 league goals.