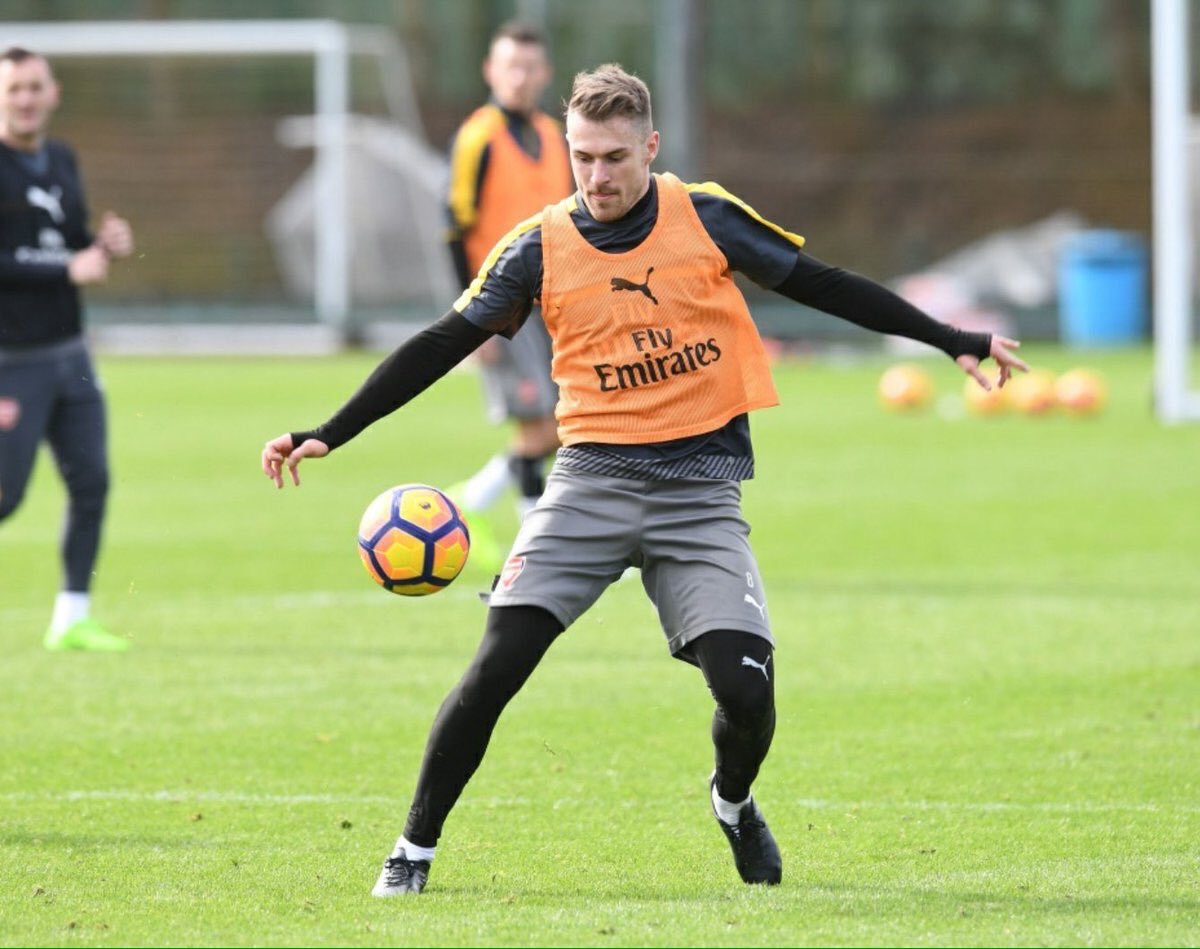 Arsenal are reportedly maintaining contract talks with midfielder Aaron Ramsey this summer. The Wales international has been a valuable performer for the Gunners over the past decade but his future has come under question with his existing deal due to conclude in less than 12 months’ time.
According to Sky Sports News, the north London giants are still in discussions with Ramsey’s representative over a new contract and they are optimistic that a deal could be struck in the near future.
Should this not be the case, the Gunners may be tempted to sanction the Welshman’s sale this summer, considering the club’s hierarchy are keen to avoid the circumstances they underwent during the previous campaign.
Back then, the likes of Oxlade-Chamberlain, Alexis Sanchez, Mesut Ozil and Jack Wilshere had been allowed to enter the final year of their respective contracts and this eventually came at a price with three of those players parting ways with the club.
Oxlade-Chamberlain and Alexis Sanchez ended their association with the Gunners in August and January respectively while Wilshere has been the most-recent exit after leaving the Emirates on a free transfer on July 1.
As such, the Gunners are wary of going through another tough phase with Ramsey but based on the recent happenings, the Welshman appears likelier by the day to commit his long-term future.
During the season break, Ramsey had expressed his excitement of working under Unai Emery next term and the Spanish head coach has since highlighted the importance of the midfielder by urging the club to prolong the Welshman’s stay.
Ramsey is presently on a contract worth £110,000-a-week and he is likely to demand an extension which would put him on parity with the likes of Pierre-Emerick Aubameyang and Henrikh Mkhitaryan, who earn more than 1.5 times of his current weekly salary.