Spurs Moved in With an Offer to Sign €20million Midfielder

Tottenham Hotspur splashed the cash to sign a solid defensive midfielder last summer by luring Victor Wanyama from Southampton.
If reports in the media are anything to go by then the North Londoners are looking to sign a creative midfielder this summer and are seriously interested in hiring the services of Argentine international Ezequiel Barco.
According to Don Balon, few weeks back, Spurs moved in with an offer to sign the 18-year-old starlet.
The Spanish source claim that after receiving the offer from Pochettino, Barco did not respond and sent his agent to offer his services to Barca and Real, however the La Liga teams did not show interest in signing him.
Also Read: Spurs Seriously Want Striker who has $43.6million Release Clause 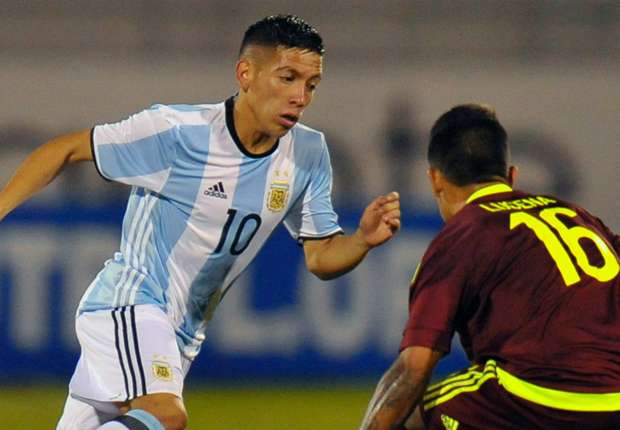 The teenage midfielder currently plays for Independiente and has a contract with the club until 2019. Last season, he made 23 league appearances and netted 3 goals. So far, he has made eight appearances for the U-20 Argentine team and is yet to open his account.
His stats do not really look impressive but Pochettino would surely know better about the qualities of his compatriot.
Back in April, Italian side AC Milan were linked with the youngster and Independiente’s GM, Hector Maldonado, told CalcioMercato that he is a great talent, who would cost around €20million.