Liverpool seriously lack depth in more than a few key departments and Jurgen Klopp has to splash the cash to solve that dilemma.
As far as the strike-force is concerned, the German manager has mainly played Roberto Firmino in the CF position. The Brazilian has done well in that role but he is not an out and out center forward.
The likes of Sturridge and Ings have mostly been on the treatment table and Origi has rarely started for the Reds. It will not come as any surprise if Sturridge leaves the club this summer and Liverpool should sign a quality player to replace him.
According to recent reports, Liverpool watched Czech international striker Patrik Schick (ESPN). 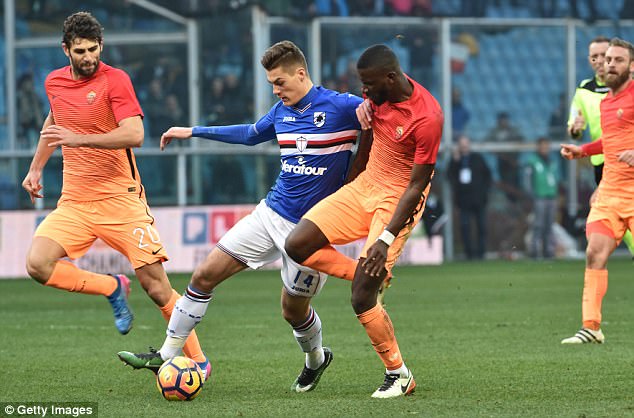 The 21-year-old player is not Sampdoria’s first choice striker but in the limited opportunities this season, he has proved to be brilliant for the club.
The former Sparta Praha forward has only started 8 games for the Serie A side in all competitions, scored 10 goals and also provided 3 assists. He played for 90 minutes in the last two league games for the Italian side, scored and helped Sampdoria beat Inter Milan (1-2) and provided an assist yesterday against Fiorentina (2-2).
Schick is without doubt talented and as per the provided ESPN link, the likes of Man United, Chelsea, Dortmund and Inter have shown interest in the striker, who has a release clause of 21 million pounds ($26million) in his contract.
The Merseysiders need someone who could score at least twenty league goals in a season. In your opinion, is Schick good enough to be that man for Jurgen Klopp
Also Read: Forget James – Liverpool Look to Agree $42million Versatile Star Signing