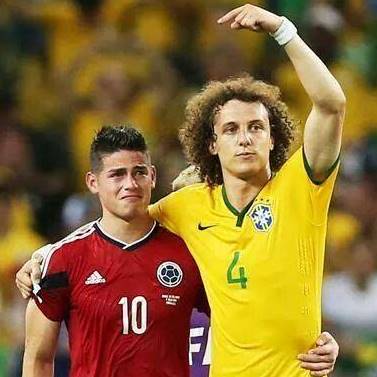 Liverpool won vital three points against Stoke yesterday and have strengthened their position for Champions League qualification.
The Reds need to improve the quality and depth of their squad to progress next season and more than a few quality stars are linked with the Anfield club.
Recent reports have linked James Rodriguez with a move to Liverpool but signing him is not going to be easy. Football expert, Guillem Balague, has claimed that the 25-year-old star would likely join United mainly because he and Mourinho has the same agent i.e. Jorge Mendes.
Moreover, Rodriguez currently earns £185,000-a-week (via Daily Star) and may look for a pay rise when he leaves in the summer. Liverpool’s current top earner is Coutinho who gets around £150,000-a-week.
It is highly unlikely that the Reds will break their pay structure and pay James heavy wages. Therefore, the fans must forget about signing the Colombian international.
Liverpool already have a brilliant attack but what they have lacked over the years is a top quality play breaker. According to the latest reports, the Reds are once again linked with a solid DM in the form of Atlanta star Franck Kessie.
The Ivorian’s agent has claimed that many clubs are interested in signing the 20-year-old star and Liverpool want him as well (Daily Star via Rai Sport).
Kessie is mainly a strong holding midfield star but this season, he has also played effectively in the central midfield. In 25 appearances, he has netted 7 goals and provided 4 assists.
The former Cesena midfielder’s contract with Atlanta will expire in 2021 and the Serie A side want at least 34 million pounds ($42million) for their prized asset (Daily Star).
Also Read: Liverpool have Moved in to Agree $25.4million Star Signing to Solve Conundrum