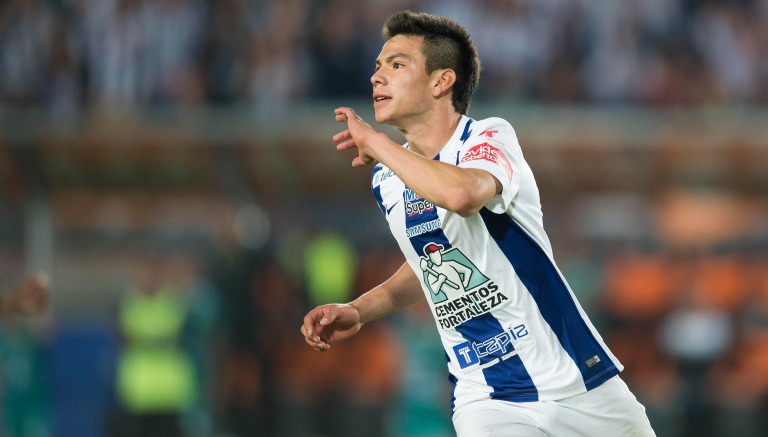 Even after luring world class players like Zlatan Ibrahimovic, Henrikh Mkhitaryan and Paul Pogba, United have only managed to score 46 league goals so far.
The Swedish striker has been impressive but he is yet to confirm whether he will leave the club this summer or not.
Whatever happens, the Red Devils need to improve the quality of their attack by signing top players in the summer transfer window. Once again, Mexican international and Pachuca playmaker Hirving Lozano is in the limelight.
Last summer, United moved in and inquired about hiring his services (via Mirror via Record MX) after an impressive campaign, in which he directly contributed in 22 goals in 42 games.
This time around, the 21-year-old has been even better. In 27 games (all competition), Lozano has netted 18 goals and provided 6 assists.
The good news for Manchester United is that the player has himself claimed that he likes the Old Trafford club a lot and wants to play for them (Daily Mail via Univision).

“The one I would like most is Manchester (United), I like this club a lot and it’s a very important club.”

Back in January, ESPN cited reports in Mexico and claimed that Hirving has a release clause of 20 million euros ($21million) in his contract but he may allowed to leave for less.
However, it is highly unlikely that he would be allowed to leave for cheap because he is in top form and has a contract with Pachuca until 2020.