The Red Devils will collide against the Tigers tonight in the EFL Cup and Mourinho’s men should be considered favorites to register their 9th win on the trot.
As far as the team news is concerned, Manchester United have made seven changes in the squad that started the game against Reading in the FA Cup third round contest.
The likes of De Gea, Valencia, Jones, Darmian, Herrera, Pogba and Mkhitaryan have returned.
Here is Manchester United’s confirmed lineup vs Hull. 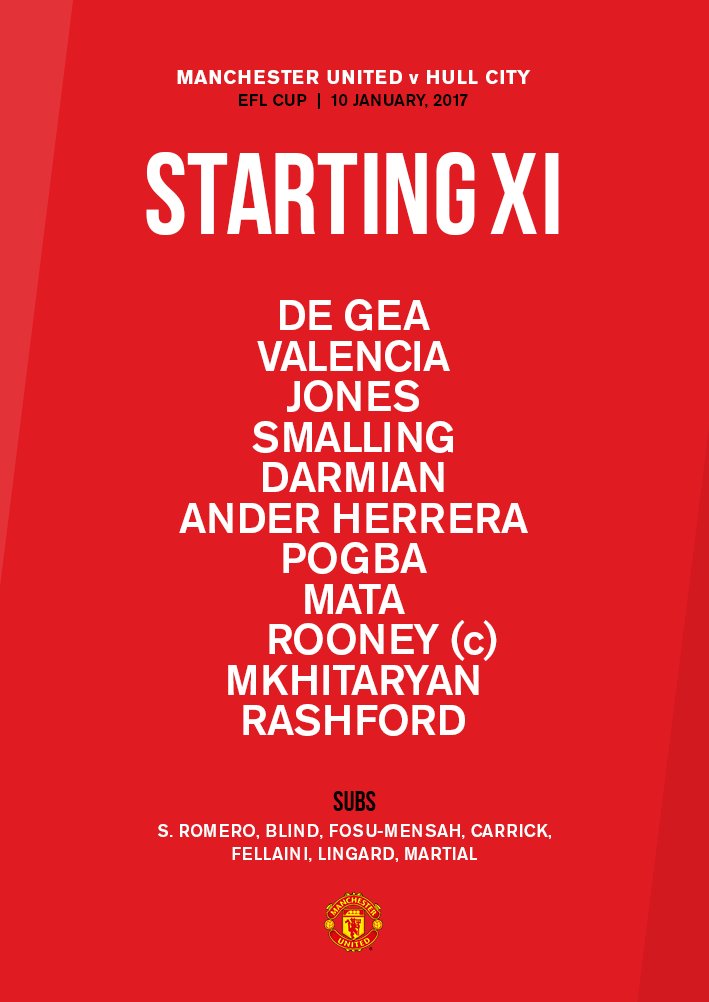