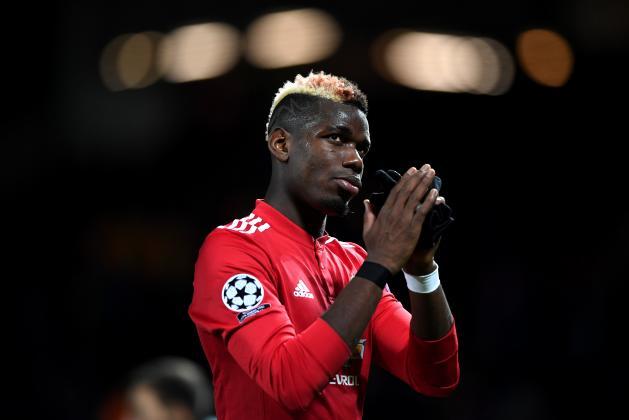 Manchester United superstar Paul Pogba is reportedly keen to push through an Old Trafford exit when the transfer window reopens in the New Year. The France international has not enjoyed the best of starts in the United shirt this campaign and he appears to have made his mind up for a fresh challenge elsewhere.
According to The Express, the Frenchman has handed a notice to the club’s hierarchy and he is prepared to push through a transfer at the turn of the year. It is added that the World Cup winner is keen to work alongside Cristiano Ronaldo at Juventus, where he won four straight Serie A titles between 2012 and 2016.
Pogba joined the Mancunian giants from Juventus on a club-record £89m fee in August 2016 and much was thereafter expected from the midfielder after his genuine success with the Bianconeri.
However, since then, his showing has been largely inconsistent with only glimpses of his potential showcased in Turin and The Express now claims that his relationship with manager Jose Mourinho has broken down.
Towards the backend of the 2017/18 season, Mourinho stressed that his relationship remains fruitful with Pogba and the rift was only a ‘lie’ but there seems something going between them after the midfielder admitting some differences with the manager during the summer.
Pogba has begun the ongoing Premier League campaign with two goals from the penalty spot from the opening four matches but he could have quite easily added to the tally, had he scored from the spotkick versus Burnley last weekend.
For now, the midfielder has refused to speak upon his position after admitting the fear of being fined, but it will be interesting to see how his situation paves when the January transfer window comes closer.