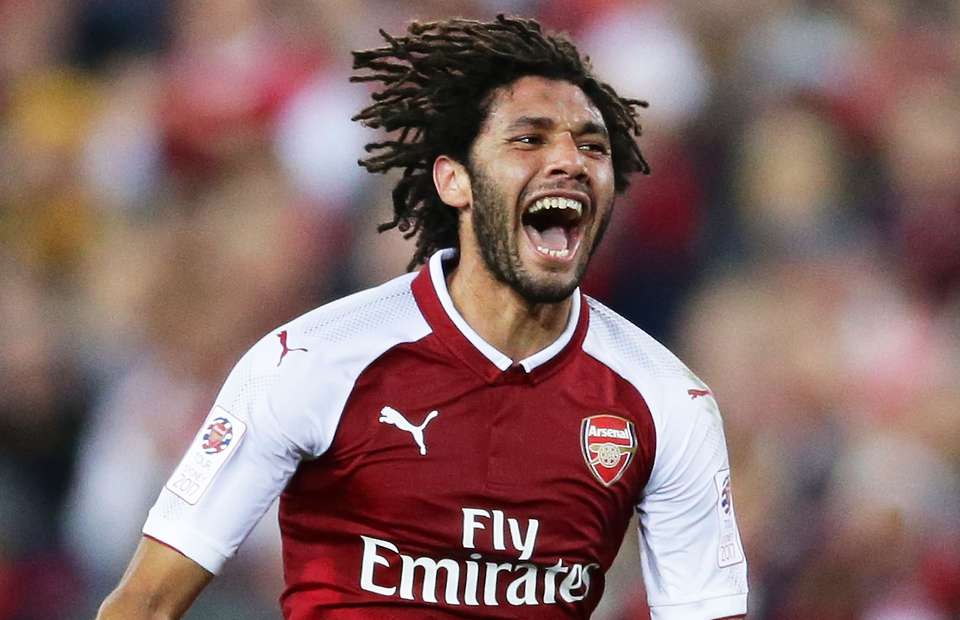 Arsenal are prepared to sanction the sale of midfielder Mohamed Elneny amid the ongoing interest from French club Marseille. The Egyptian footballer only penned a long-term deal with the Gunners in March but his future has become uncertain with Lucas Torreira and Mateo Guendouzi being recruited under the guidance of Unai Emery.
According to The Mirror, the 26-year-old could make way from the Gunners before the end of the month with Marseille keen on acquiring his signature. The Premier League transfer window may have closed on Friday but clubs across most European nations have the benefit of recruiting players until the August 31 deadline.
Looking from a hindsight, Elneny may be regarded as the fifth-choice central midfielder behind Aaron Ramsey, Granit Xhaka, Lucas Torreira and Mateo Kovacic and this may restrict him to gametime in the Cup competitions, where Emery may consider rotating his first-team squad.
With this in mind, the Egyptian could be benefited by a fresh challenge with Marseille, who could assure him of regular playing time following the departure of Andre Zambo Anguissa to Fulham last week. Nonetheless, the deal does not remain straightforward with the Gunners expectant to play hardball over the transfer value.
The north London outfit signed Elneny from Basel in the winter of 2016 for an initial fee of around £10m and they are bound to expect something close to the figure as a minimum, given the midfielder only recently penned a fresh four-year contract worth £55,000-a-week with the club.
Apart from Elneny, the Gunners are also considering potential exits for David Ospina, Joel Campbell and Carl Jenkinson before the end of the month. Unlike the Egyptian, the Gunners may not be able to hold for a standout price for the trio but their departures would help to free up wages which could be utilised to commit other players including Aaron Ramsey to long-term contracts.