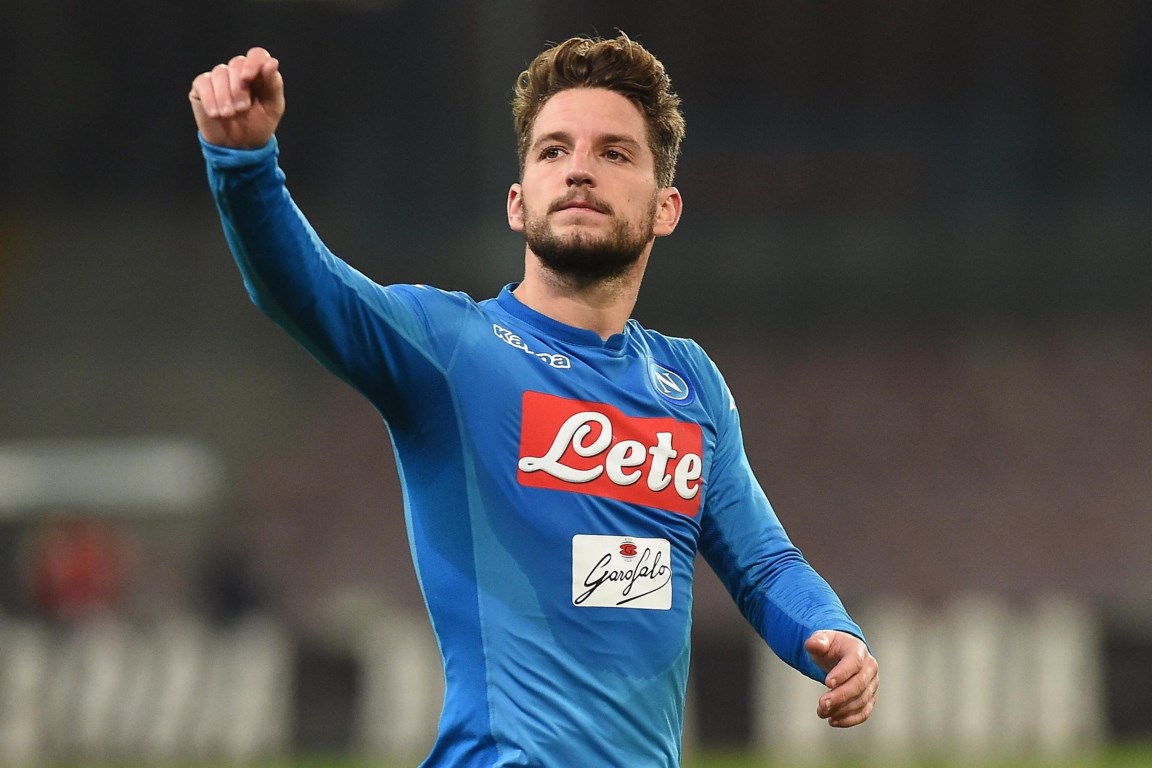 Manchester United are reportedly weighing up a summer attempt to sign Napoli frontman Dries Mertens. The Belgium international has been a frequent goalscorer for the Naples outfit and he has amassed 56 goals since the start of the previous campaign.
According to The Sun, the Red Devils have enquired over the possibility of signing the 31-year-old attacker after knowing of the £25m release clause attached to his present contract.
Mertens was initially a winger by trade following his arrival at Napoli from PSV in 2013 and it was not until the previous campaign when he managed to improve on his goalscoring.
Napoli manager Maurizio Sarri had witnessed the departure of Gonzalo Higuain to Juventus in the summer of 2016 and this was soon followed by a long-term injury to new signing Arkadiusz Milik.
As a result, the Italian head coach opted to utilise Mertens in a centre-forward position and the Belgian has since transformed into one of the Serie A’s most successful goal-getters behind only Edin Dzeko.
Manchester United are currently comfortably placed in terms of their options in the attack but there could be tempted to do business during the summer, should one of their fringe players move on.
The likes of Marcus Rashford and Anthony Martial have received limited gametime since the winter arrival of Alexis Sanchez from Arsenal and the latter’s future has particularly come under question over the past few weeks.
Both Juventus and Barcelona have been touted as possible contenders to prise away Martial from Old Trafford during the summer and this could turn into a possibility, should he continue to be starved of regular gametime.
Meanwhile, Mertens’s possible arrival could increase the creativity within the United forward ranks with the player more fond of playing with compatriot Lukaku in the Belgium national setup.
The pair have combined for a number of occasions under the tutelage of Roberto Martinez and he could emerge as an effective signing in the second striker role where Jesse Lingard has been inconsistent with his performances this term.