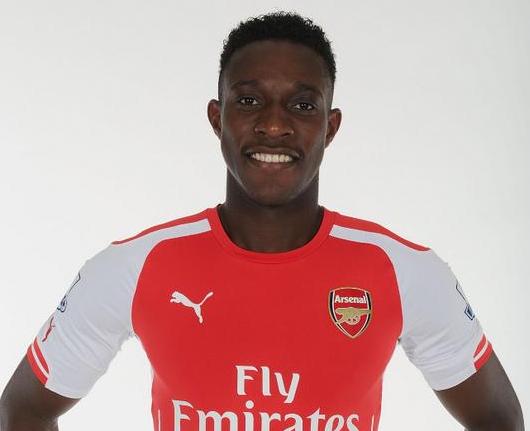 Arsenal progressed to the final four of the Europa League as they clinched a 6-3 aggregate win over CSKA Moscow in the quarter-final stage.
The Gunners came to the VEB Arena with a 4-1 advantage from the first-leg, but they had to dig deep in order to avoid a surprise exit at the hands of their Russian counterparts.
Goals from Fedor Chalov and Kirill Nababkin saw CSKA within a goal of ousting the Gunners from the competition, but the visitors struck back with Danny Welbeck and Aaron Ramsey in the final 15 minutes of the game.
Three things we learned:
Danny Welbeck turns Arsenal’s saviour: Right at the start of the second-half, the Gunners saw themselves two-nil down on the night, and there were similarities with Barcelona’s collapse against AS Roma. However, Welbeck was on guard to change the complexion of the tie after a wonderful steal from Nababkin which was followed by an exchange with Mohamed Elneny leading to his goal. The Englishman has now netted five goals since the start of March, and he is only bettered by Mohamed Salah in Premier League player terms in this period.
Mohamed Elneny showing his mettle: A lot of eyebrows were raised about Elneny’s contract extension last month. The Egyptian committed his future to the club ahead of the likes of Jack Wilshere and Aaron Ramsey, and he proved his worth during a nerve-wracking game in Moscow. Elneny assumed the role of Ozil on the night with two lovely assists for Welbeck and Aaron Ramsey, playing in a central midfield position. The Egyptian has now made the most number of passes among the players featuring in this season’s Europa League.
Aleksandr Golovin steals the show: The Russian midfielder was a dominating presence in both legs for CSKA Moscow. The 21-year-old scored a crucial away goal at the Emirates with a wonderful free-kick, and nearly repeated the feat at the VEB Arena. After indirectly assisting Nababkin for the second goal on the night, Golovin had the opportunity to edge his side ahead with another setpiece, but Petr Cech was on guard to with a lovely save on his near post – to make amends for his earlier mistakes.