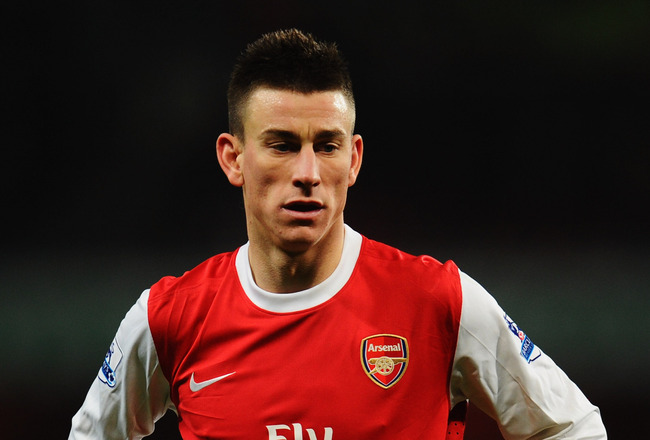 Arsenal ended their recent run of woeful form as they picked up a well-deserved 2-0 win over AC Milan in the round of 16, first-leg tie at San Siro.
The Gunners had come into the game on the back of four successive defeats in all competitions, but this had brought doubts whether they could compete with the Rossoneri, who were on a 13-match unbeaten streak.
However, the north London club passed the test with flying colours after goals from Henrikh Mkhitaryan and Aaron Ramsey during the first period, assured them of a healthy lead ahead of the home leg next week.
Three Things We Learned:
An improved defensive display: Arsenal had conceded 10 goals during their sequence of defeats prior to the Rossoneri trip, but they managed to avoid any jittery moments against Milan. The hosts were mostly restricted to shots from outside the box, whilst Laurent Koscielny came up with a strong performance as the skipper, for once, after his average showing in recent games. Alongside Koscielny, Calum Chambers impressed with his movement on the right side of the backline.
AC Milan’s struggles in midfield: As the home side, the Rossoneri tried to dominate the proceedings, but they were particularly disappointing at the heart of the midfield. Lucas Biglia, to his credit, made a couple of key interceptions, but his partner Franck Kessie probably had a game to forget. The Ivorian has been Milan’s prime contributor in the central midfield position this term, but his passing game was poor on the night. Kessie handed the possession back to the Gunners on numerous occasions during the second-half, and this slowed down the momentum of the match.
Danny Welbeck’s performance: The England international started once more upfront with Alexandre Lacazette still recuperating from his knee surgery. Welbeck was impressive for the Gunners during the first half with his link-up play, and he continued to offer a presence in a defensive point of view in the second period -where he assisted Maitland-Niles in a couple of situations. Despite this, there will be a sense of frustration among the faithful with the marksman having missed another potential goalscoring opportunity.