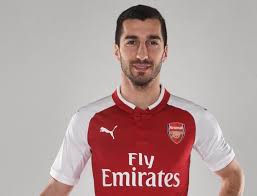 Arsenal welcome AC Milan to the Emirates Stadium for the second leg of their Europa League round of 16 tie.
The Gunners secured a 2-0 triumph over the Rossoneri on the road last week, and this puts them in a strong position to progress to the quarter-final stage with a positive result on Thursday night.
Recent Form:
The north London had experienced one of their most difficult periods under the management of Arsene Wenger as they succumbed to four successive defeats across all competitions. However, they have since returned to winning ways with a comfortable triumphs over Milan and Watford, the latter in the league, and this puts them in a good frame of mind for the Emirates clash tomorrow. Arsenal are placed sixth in the Premier League with a 12-point deficit to the top-four, and winning the Europa League is essential to their Champions League prospects for next term.
On the contrary, AC Milan have remained unbeaten through their Serie A phase with their previous defeat back in December 23, where they succumbed to a 2-0 loss to Atalanta BC. Their strong run sees them within six points off the final Champions League spot held by Lazio, and they could potentially close the gap further, should they win their game in hand over arch-rivals Inter. Despite this, their only defeat of the calendar year came against Arsenal last week, where they were pretty poor with their showing in the midfield and forward departments, in particular.
Players to watch for:
Henrikh Mkhitaryan – Arsenal: The Armenia international was the star-performer for Manchester United during their Europa League triumph last term, and he has showed up in the same vein for the Gunners with a goal and assist in three appearances (whoscored). The 29-year-old has improved with his link-up play with every game that has passed, and he is likely to pose a threat in the Rossoneri box, owing to his attacking instinct, which saw him nearly score a brace at San Siro, barring the woodwork.
Suso – AC Milan: The former Liverpool man was a disappointment during the first leg where he struggled to find a co-ordination with Hakan Calhanoglu and Patrick Cutrone in the attack front. Nevertheless, he will expect more from himself to overturn the deficit, and the Gunners backline may need to guard against his excellent shooting skills from long-range. Sead Kolasinac and Ainsley Maitland-Niles did a credible job for Arsenal last week, where as they restricted the Spaniard from having shots with his stronger left foot.
Prediction:
Arsenal are likely to have re-instilled their confidence after back-to-back wins, and they should come up with another strong showing, considering Arsene Wenger has a near full-strength side to choose from.
Arsenal 2-0 AC Milan