Liverpool were heavily linked with a move to sign Dutch star Virgil van Dijk from Southampton in the summer transfer window but the move could not happen.
If reports in the media are anything to go by then the Reds have finally agreed a fee for the the Saints star, who will join the Anfield club next month.
According to Sunday World (press image provided below), Liverpool were reluctant to pay the 70 million pounds (€78million) asking price for the player but their stance has now changed after agreeing on a payment plan that suits both the clubs.
Also Read: Club Join Race but £90million Star Wants to Sign for Liverpool
It is mentioned that Liveprool have made a breakthrough and a deal that is believed to get close to Southampton’s €78million valuation has been thrashed out. Furthermore, it is stated that Liverpool will not pay the full asking price in one lump sump and have agreed a deal that will include additional payments.
The 26-year-old former Celtic star is one of the best central defenders in the Premier League, who will largely improve Liverpool’s back line.
Not to forget, he will be eligible to play in the Champions League for the Merseysiders, who badly need a strong defense if they are to have any chance of winning the competition. 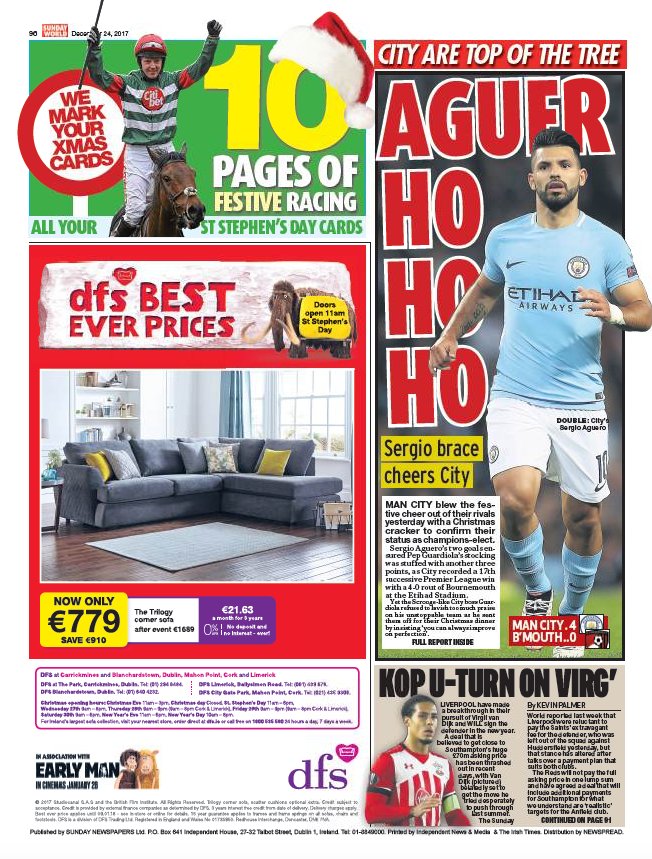