Spurs are looking to heavily strengthen their squad before the transfer window closes and as far as the attack is concerned, Lazio’s Keita Balde is in the lime light.
If reports in the media are anything to go by the Tottenham are favorites to sign the Senegalese international, who was in top form in the Serie A last season.
Yesterday, Italian source Corriere dello Sport reported that Italian side are demanding a fee of 30 million euros ($35million) for their prized asset and Spurs are ready to pay that sum.
Also Read: Spurs Closing in to Sign $30million Star 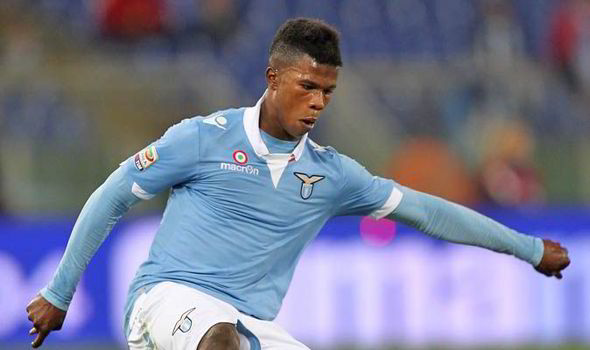 Moreover, renowned French source L’Equipe came up with a report claiming that Monaco are interested in the 22-year-old playmaker as well but they are worried because Spurs are well placed having made a move worth 30 million euros to secure his signature.
Balde featured in 31 league games for Lazio in the last campaign and directly contributed in 21 goals (16 goals and 5 assists).
The African star is naturally a left winger but he can effectively play as a secondary striker and also as a center forward if needed. In your opinion, is Keita good enough to improve Pochettino’s attack?