Two Key Signings that Spurs have to Secure this Summer

Tottenham finished third in 2015-16 with 70 points under the management of Mauricio Pochettino. They improved big time last season and finished second with 86 points.
Now, the North Londoners need to improve the quality and depth of their squad to go one better and win the Premier League title next season.
Moreover, they need top players to improve their performance in the Champions League as well. Last season, they failed to go past the group stages.
The Argentine boss took his time to strengthen all the key areas of the squad but to challenge the best of teams next season, he needs quality signings this summer. Tottenham’s first choice starting XI is very strong and will remain strong if they can hold on to the key players.
However, Spurs lack quality depth in certain departments and they must sign two quality players. 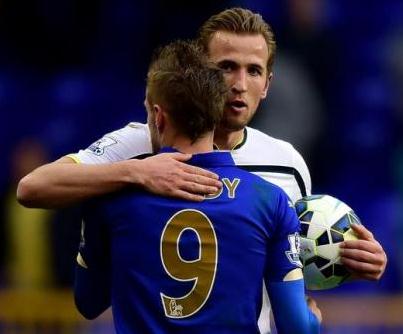 Pochettino needed a cover striker for Harry Kane last summer and he opted to sign Vincent Janssen. The Dutch international failed to shine and only managed to score 2 goals in 27 league outings.
In such a scenario, Spurs have to replace the 22-year-old striker with a top signing, who could not only cover Kane but also support him up front if needed.
Another signing from last summer who proved to be a flop last season is French international Moussa Sissoko. The former Newcastle United midfielder made 34 appearances in all competitions but failed to score even a single goal.
Spurs must sell Moussa in the summer transfer window and replace him by signing a versatile star, who can operate effectively in the central/attacking midfield.
Also Read: Spurs Eye 24-year-old Star Signing to Replace €68million Star