Spurs Prepared to Secure the Signing of $28million Star

Tottenham did well to hold on to their key players last summer and they will have to do the same this summer as well to have any chance of winning the Premier League title next season.
England international Kyle Walker is heavily linked with a move away from North London in the transfer window and according to reports, Spurs want to sign Portuguese international and Porto star Ricardo Pereira to replace him.
As per Portuguese source Sabado, Walker’s departure from Spurs is inevitable and the British side are prepared to meet Pereira’s release clause of 25 million euros ($28million) to secure his signing.
The 23-year-old Seleccao star played on loan for French side Nice last season and helped them finish third in the Ligue 1. In 24 league appearances, Ricardo scored 2 goals and provided 4 assists. 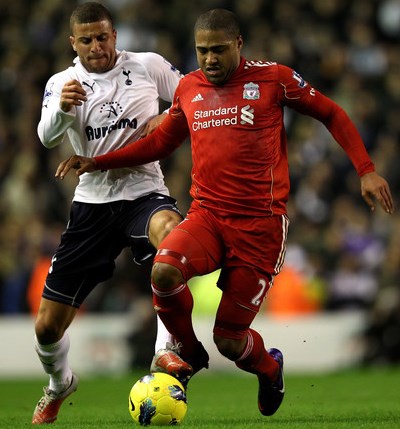 Pereira can effectively play on the right hand side of the field. He is naturally a right back but last season, Nice mainly utilized him as a right midfielder. He has so far made two senior appearances for the national side.
As per the provided Sabado link, even the likes of PSG, Barcelona and Manchester City are interested in hiring his services. Hence, Tottenham must act swiftly to secure his signature.
Kyle Walker is one of the best fullbacks in England and he has improved a lot under the management of Mauricio Pochettino. In your opinion, is Pereira good enough to replace him?
Also Read: Spurs Have to Sign $56million Playmaker to Replace Flop