Manchester United Have Made Move to Sign $112million Star 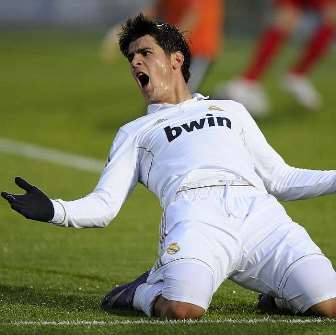 Manchester United are in the market to improve their strike-force and reports indicate that they are looking to sign not one, but two quality forwards.
Yesterday, we covered a report (via Telegraph) claiming that Alvaro Morata has agreed terms in principle to join the Red Devils in the summer transfer window.
Now, reports suggest that United have made a huge move to hire the services of Italian international Andrea Belotti. The 23-year-old star scored 26 goals in 35 league appearances for Torino last season.
Yesterday, Italian outlet TuttoSport (via Daily Mail) claimed that Manchester United are prepared to make an offer worth 80 million euros but even that would not be enough to lure the Azzurri striker, who has a release clause of 100 million euros ($112million) in his contract

As reported by Independent today, Man United have actually made a bid worth 80 million euros to sign Belotti despite the fact that Torino want full payment of his release clause if they are to let him leave.
The British source also claim that the Old Trafford club are close to signing Lindelof and Morata and want to secure the signature of Ivan Perisic from Serie A side Inter Milan as well.
Manchester United have opted to release Zlatan Ibrahimovic and they do need a top striker to replace him. However, Mourinho mainly utilizes a lone striker formation and therefore, it is baffling that United are looking to sign two expensive center forwards. In your opinion, should Jose sign Morata or Belotti or both?
Also Read: Football Fans React After £79million Star Agrees to Join Manchester United