Arsenal look a different side since Arsene Wenger has opted to utilize a 3-4-3 formation instead of the usual 4-2-3-1 system.
The North Londoners defeated Manchester City in the FA Cup at the weekend and should be confident of earning all three points tonight in the Premier League against the Foxes at the Emirates Stadium.
Surprisingly, Monreal is starting in the three man defense vs Leicester and Gibbs will be playing in the wing back position.
Spanish international Bellerin has also returned to the starting lineup for the Gunners.
Also Read: Press Image – Arsenal Ready to Agree $83million Record Breaking Signing
Here is Arsenal’s confirmed XI formation vs Leicester. 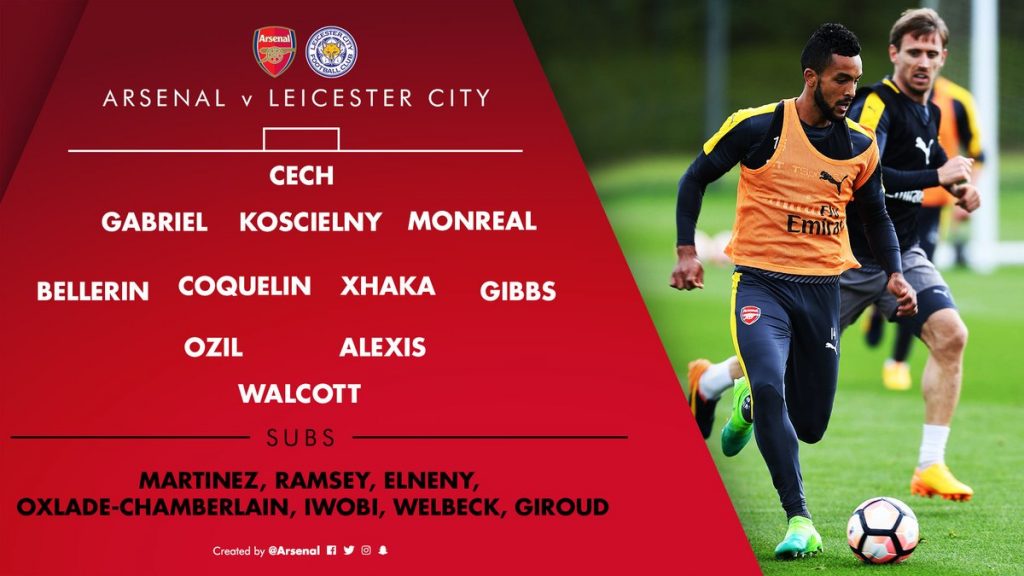