Manchester United and Chelsea have been interested in Belgian international and Everton star Romelu Lukaku for quite some time. Now, even Arsenal are serious about signing him.
The North Londoners have badly missed a proven quality striker since the departure of Robin van Persie and reports suggest that they are ready to splash the cash and hire the services of the former Chelsea center forward.
According to Sunday Mirror (Press image provided below), Arsenal are ready to splash a fee of 65 million pounds ($83million) to secure the signature of Lukaku, who is currently the leading goalscorer in the Premier League this season.
The above mentioned fee would break Arsenal’s club record transfer. They paid 42.4million pounds to sign Mesut Ozil from Real Madrid in 2013 (BBC).
The 23-year-old star is one of the best out and out center forwards around and has so far netted 24 golas in 33 league games for the Toffees in the current campaign.
The British source claim that the future of Alexis Sanchez makes no difference in Arsenal’s pursuit of Romelu. They are even ready to offer Everton cash in advance to persuade the Merseyside club to do business with them.
Lukaku deserves to play in the Champions League but at the moment, it looks highly unlikely that Arsenal will be taking part in Europe’s top tournament next season. The ex Anderlecht striker rejected a new Everton deal and it will be intriguing to see where he ends up in the summer transfer window.
Also Read: Welbeck Starts – Arsenal’s Strongest Possible 3-4-3 XI vs Leicester 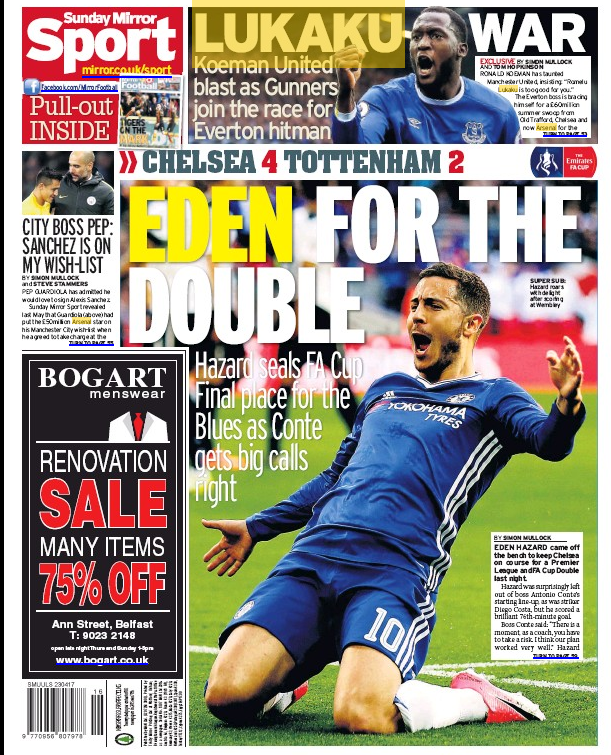