Manchester United collide against Russian side Rostov in the first leg of their Europa League R16 tie tonight.
The Red Devils’ boss has made more than a few changes in the starting XI that featured in the last league game vs Bournemouth at Old Trafford.
Sergio Romero starts in goal ahead of first choice goalie De Gea. The Argentine star has not conceded a single goal in the competition and United want to agree a new deal with him.
Ashley Young returns to the starting lineup as well. Here is Mancehster United’s confirmed XI vs Rostov. 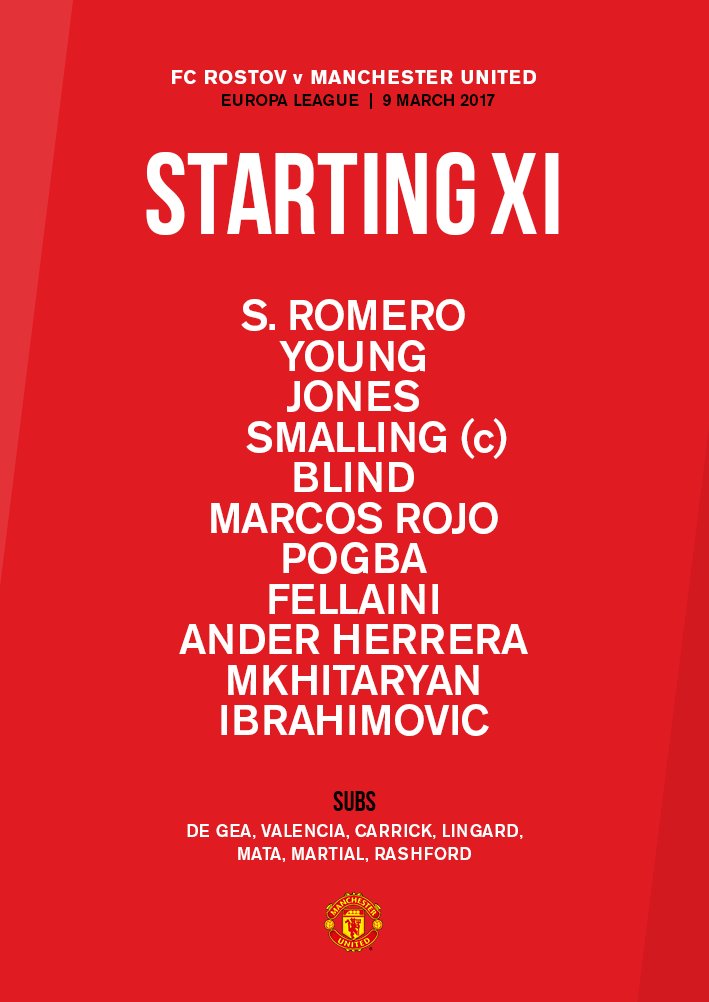