Not Lacazette, Arsenal Have to Agree Star Signing – Prepared to Offer £51million 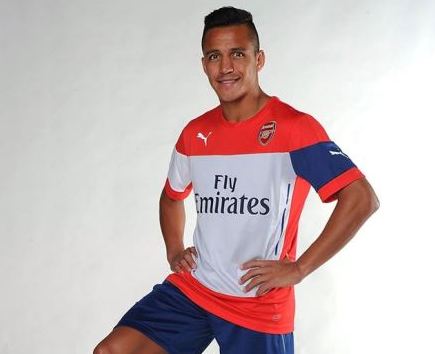 Arsenal have been trying to agree a new deal with star playmaker Alexis Sanches but so far they have failed.
It looks highly likely that the Chilean international will be leaving the Gunners in the summer transfer window and the club are already looking at options to replace him.
According to Daily Mail, Arsenal are eyeing the likes of Marco Reus, Alexander Lacazette and Andre Silva to replace the former Barcelona playmaker.
Our focus is on German international and Borussia Dortmund star Marco Reus because he will be perfect for Arsenal. Why? Because the Kaiser is as versatile as Sanchez and a regular scorer/creator of goals.
He can play anywhere in the attacking midfield and also as a striker if needed. On the other hand, the likes of Lacazette and Silva are out and out center forwards.
The 27-year-old playmaker missed the first 11 league games of this season due to injury and returned in November 2016. Since then, Reus has been in brilliant form. In 14 games, he has directly contributed in 13 goals (6 goals and 7 assists).
The former Borussia Monchengladbach star is arguably one of the best playmakers in the world. The only negative thing about him is his injury record.
Not to forget, Back in the winter transfer window, it was exclusively revealed by renowned journalist Emanuele Giulianelli (WhoScored) that Arsenal have opened negotiations with the Bundesliga side and are prepared to pay 60 million euros (£51million) to hire the services of Reus in the summer.
Also Read: Giroud Starts – Arsenal’s Strongest Possible 4-2-3-1 XI vs Liverpool