Manchester United need a versatile midfielder, someone who can be the long term replacement of Michael Carrick.
The Old Trafford club were heavily linked with former PSV star Kevin Strootman when Louis van Gaal was in charge of the club.
If reports are anything to go by then the Red Devils are once again linked with the current Roma star and have moved in to finally sign him this summer.
According to Dutch source Soccernews.nl, Man United are in advanced talks with the representatives of the Netherlands star over a summer move. 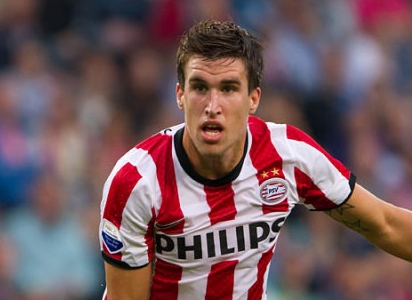 The 27-year-old star is versatile talent, who can effectively play as a defensive midfielder cum deep lying playmaker and also as a creative central midfielder. He can be the perfect man to partner Paul Pogba in the center of the park for Man United.
This season, in 26 league appearances for the Serie A side, the former Eredivisie midfielder has netted 3 goals and also provided 4 assists.
As per the provided soccernews.nl link, Roma rate Kevin very highly i.e. around 40 million euros ($43million), however, spending that sum is not a problem for United boss Jose Mourinho.
Also Read: Man Utd Ready to Agree “Super” $158,000-a-week Star Signing