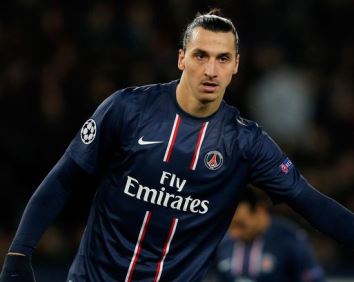 Manchester United defeated Sunderland 3-1 at Old Trafford and summer signing Zlatan Ibrahimovic and Henrikh Mkhitaryan were both on the score sheet.
The former Dortmund playmaker scored a wonder goal against Tottenhem Hotspur few weeks back but suffered an ankle injury in the same fixture.
The Armenian international recovered and returned for the Red Devils yesterday and scored an even better goal.
Mkhitaryan was introduced by Mourinho in the 63rd minute of the game when the Red Devils were leading 1-0. Twenty minutes later, Zlatan doubled the lead and in the 86th minute, he provided a wonder ball to set up Mkhitaryan’s goal.
The ball was behind the 27-year-old attacker who scored with his heel in an acrobatic fashion (Should have been offside). Later, Henrikh told MUTV:

“That was the best goal I’ve ever scored”

Zlatan Ibrahimovic is renowned for scoring outrageous goals and throughout his career, he has scored some unbelievable goals. Not to forget, he won the Puskas award for his overhead strike against England. Back in 2013, he scored a stunning heel goal against Bastia.
The Swedish superstar was impressed by Mkhitaryan’s effort but his reaction was as usual tongue-in-cheek arrogant. Zlatan claimed: