Tottenham are already out of the title race. There is just too much traffic in front of Spurs and they must look to seal Champions League qualification.
Currently, the North Londoners are only a point behind arch rivals Arsenal who occupy the fourth spot.
As far as the transfers are concerned, Pochettino is interested in reinforcing their attacking midfield in the winter transfer window and once again Everton star Ross Barkley is in the limelight.
Tottenham were looking to sign him in the summer transfer window as well but the move did not happen and reports (Telegraph) suggest that Spurs are now looking to agree his signing as Koeman may want to sell him for the right price.
The 23-year-old England international is a versatile star who can play in multiple attacking positions. This season, he has been criticized by the Dutch manager for being inconsistent. In 19 appearances, Barkley has netted four goals and provided two assists for the Toffees.
With only 18 months remaining on Ross’ contract, should Spurs splash the cash to sign him? 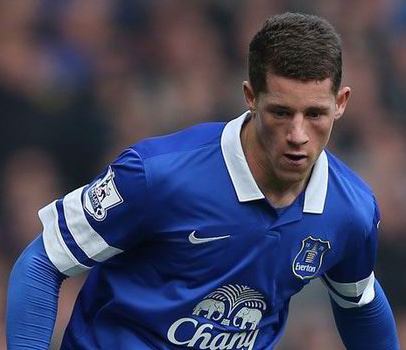