After a series of frustrating results, Manchester United returned to winning ways in the PL last weekend by defeating Tottenham Hotspur.
The Red Devils face a tricky test against Crystal Palace tonight. Who will come out on top?
Henrikh Mkhitaryan scored the winner against Spurs on Sunday but the Armenian is injured and has been replaced by Juan Mata in the starting XI.
Captain Wayne Rooney has returned to the starting lineup as well. Here is the picture depicting Man United’s confirmed XI vs Crystal Palace. 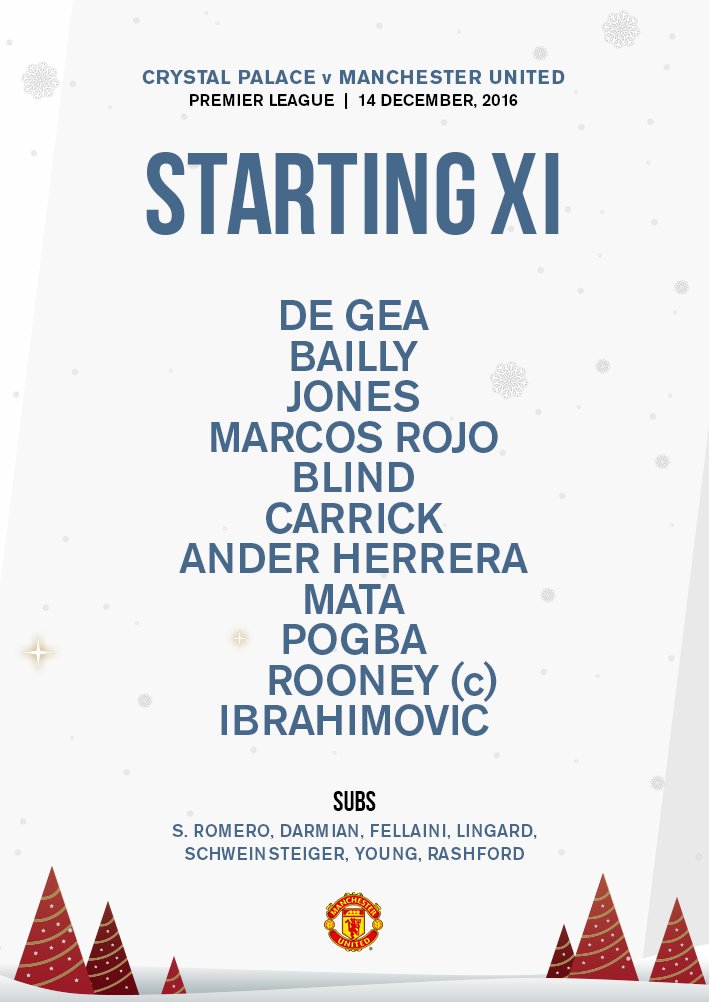