Manchester United manager Jose Mourinho is already facing concerns at Old Trafford even after splashing over 150 million pounds to reinforce his squad in the summer transfer window.
The former Los Blancos manager is looking to further strengthen his squad by the more than a few quality players are in the limelight.
As far as the strike-force is concerned, Celtic starlet Moussa Dembele is in the limelight once again but he will surely not come for cheap.
On the other hand, Mourinho is also searching for new defenders to reinforce his back line in the winter transfer window. Yesterday, we published a report (via Mirror) stating that Manchester United are ready to sign Serge Aurier from French champions PSG.
Now, according to the latest reports going on in the media, another right back in the form of Napoli’s Elseif Hysaj is linked with a move to Old Trafford.
Daily Star claim that Mourinho wants to dump the likes of Darmian and Smalling and is looking to seal the signing of the Albanian star who is rated around 25 million pounds ($31million).
Hysaj played a pivotal role for Napoli as the Serie A star finished second in the league last season (stats provided below). Moreover, the 22-year-old defender was a key member of the national side at the European Championships. He has already played 26 games for the senior Albanian team.
In your opinion, should United sign Hysaj of Aurier? 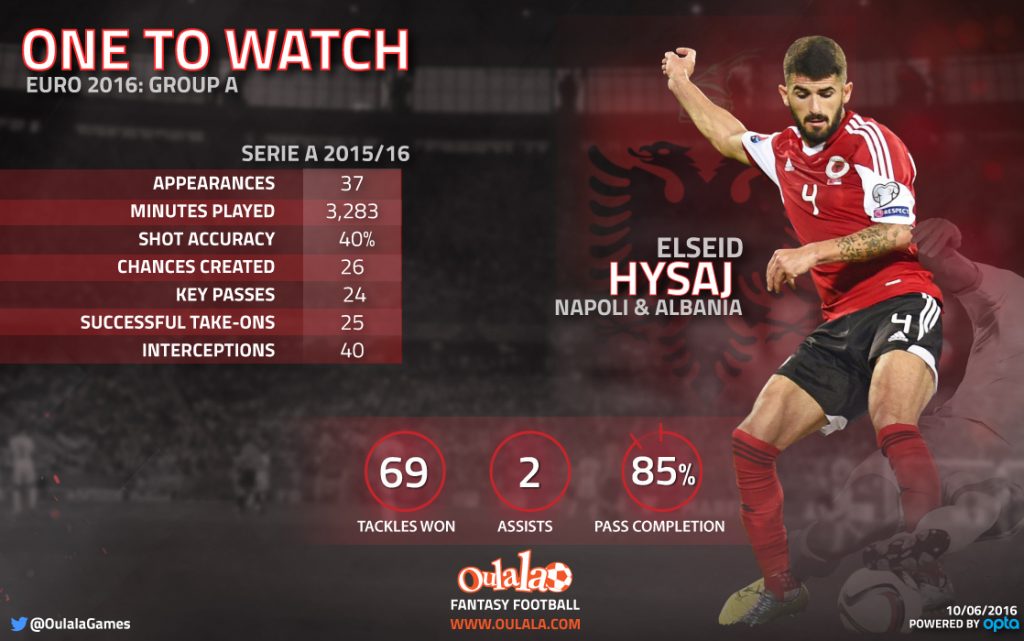