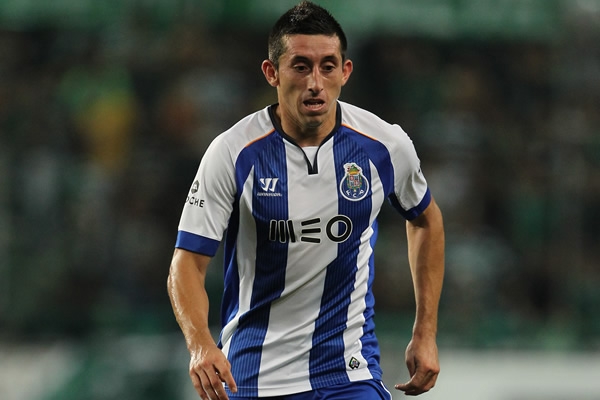 Liverpool are looking to reinforce their squad when the winter transfer window opens in January and a certain Mexican international is in the limelight again in the form of Hector Herrera.
The 26-year-old star plays for Primeira Liga side FC Porto and reports suggest that Liverpool are the main contenders to sign him (SW via A Bola).
Herrera is a versatile talent who can play anywhere in the midfield. Last season, he scored 9 goals and provided 4 assists in 29 league games.
Last summer, the Reds and Napoli were heavily linked (via Sport Mediaset) with a move to sign the former Pachuca star but he eventually stayed with the Portuguese giants.
Now, as per the Sport Witness link and the A Bola news image provided below, Liverpool can finally sign the North American star for cheap. The report says that Herrera has a release clause of 40 million euros in his contract but he can be lured for half that sum.
Herrera claims that he will stay at the club as long as the president wants him. After average performances this season, Hector has found himself on the bench more often than not and it will not come as any surprise if he departs Porto soon. In 15 games (all competitions), Herrera has only scored 1 goal this season.
As far as Liverpool are concerned, Klopp already has more than a few quality midfielders in the squad and he does not need a creative player like Herrera. The Reds must look to sign a proven quality defensive midfielder instead. 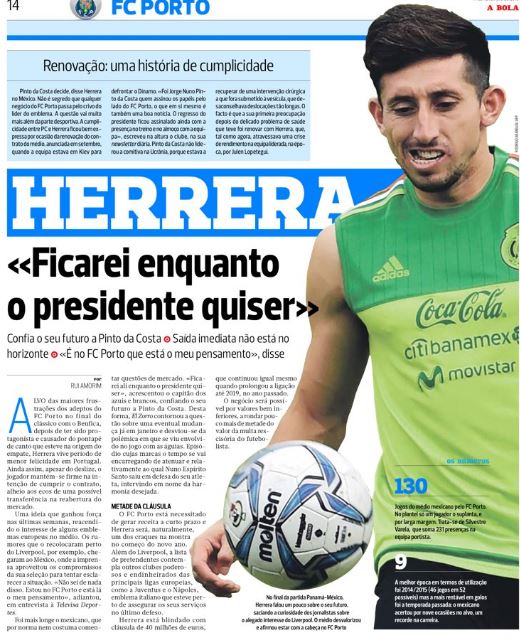