CLASSIC – Fabregas Volleys it In for Arsenal 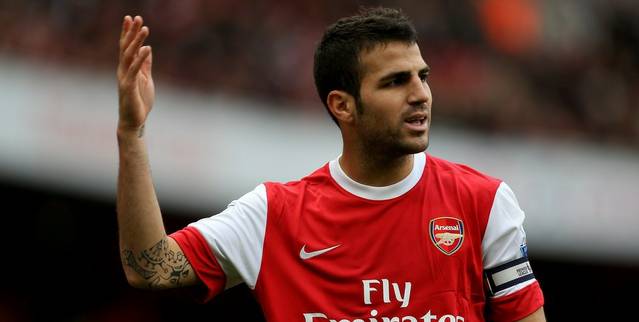 Arsenal supporters still miss their legendary center midfielder Cesc Fabregas as he departed to boyhood club Barcelona in 2011.
The Spanish star spent no less than 8 years with the Gunners and had a lot of fantastic memories. Sadly, the only major title he won with Arsenal was the FA Cup in 2005.
Cesc scored some wonder goals for the London club during his tenure and today we bring you another classic where Fabregas volleys it in for Arsenal with his weak foot against Blackburn.
Arsenal thrashed Blackburn 6-2 on the day at the Emirates with six different scorers. Apart from Cesc, Van Persie, Vermaelen, Walcott, Arshavin and Bendtner were on the score sheet.
Enjoy the goal.