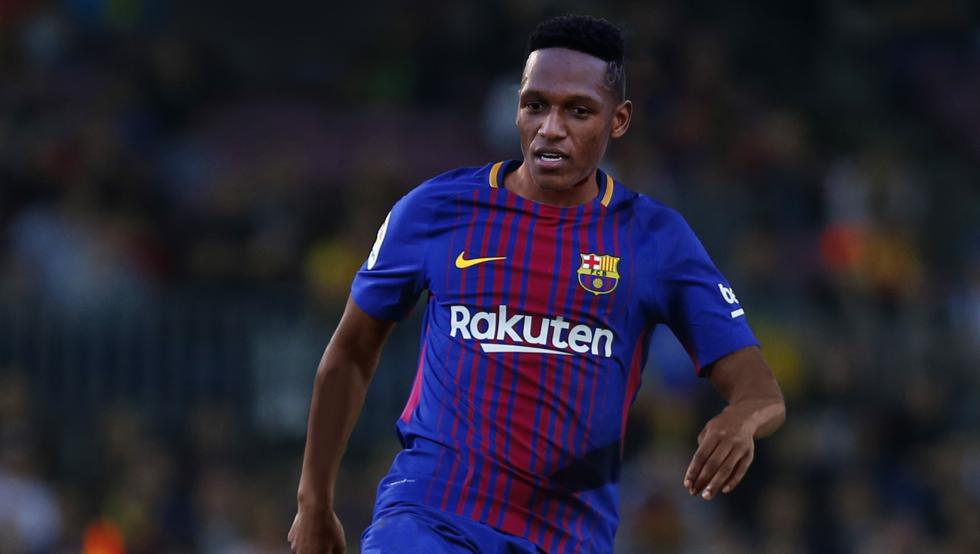 Manchester United have reportedly ended their interest in signing Yerry Mina from Barcelona. The Colombia international was recently deemed to have agreed contractual terms with United but the deal has now fallen through amid issues regarding his representative.
According to The Sun, the Mancunian giants have decided against pursuing a deal for the Colombia international following concerns associated with his agent. Jose Mourinho’s side had planned to sanction a £35m deal before the close of the week but they have supposedly been angered by Mina’s representative, who has demanded additional fees to push through the transfer.
As a result, United have opted to look elsewhere for a new signing with Mourinho seemingly desperate to strengthen the central defence before the transfer deadline. Over the past month, United have shown a keen intent on recruiting a new centre-back but so far, they have not managed to find a breakthrough with any of their targets.
Tottenham Hotspur’s Toby Alderweireld has initially been touted to make the switch to Old Trafford but the negotiations appear to have reached a standstill with United reluctant to match Spurs’ £75m asking price.
Meanwhile, United have recently approached to pursue Harry Maguire from Leicester City but the move likewise seems unlikely to happen with the Foxes said to have no plans of selling the Englishman.
With this in mind, United are now facing against time to secure a new central defender and it will be interesting to see whether they are prepared to break the bank for a fresh recruit before Thursday’s transfer deadline.
United have signed three players in the form of Fred, Diogo Dalot and Lee Grant in the current transfer window but only the former may feature during the season opener versus Leicester City.
Dalot is expected to be on the sidelines until September as he recovers from a knee surgery. Grant, on the other hand, has been brought in to play the role of the third-choice keeper behind David de Gea and Sergio Romero, although the latter remains injured for now.