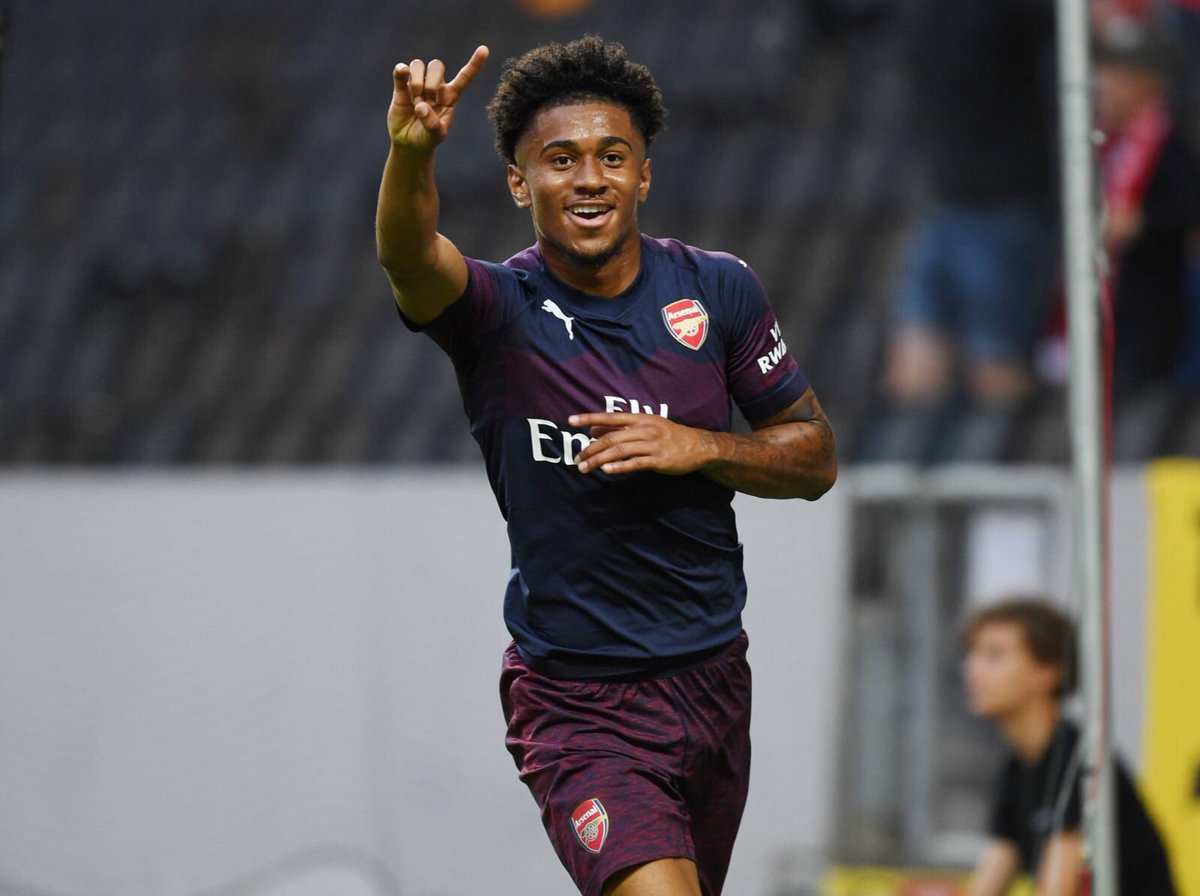 Arsenal have confirmed the loan departure of Reiss Nelson to Hoffenheim shortly after the teenager extended his contract with the club. The 18-year-old had just 11 months remaining on his previous deal with the Gunners but he has now put pen-to-paper on an extension which should keep him at the Emirates Stadium until June 2023.
Nelson made his breakthrough during the 2017/18 season whereby former boss Arsene Wenger initially offered him opportunities in the Cup and European games. Thereafter, he was offered a few league matches towards the end of the season and he ended the campaign with 16 appearances across all competitions.
During the recent pre-season, Nelson was a regular fixture under manager Unai Emery but he has now been offered a temporary challenge with Hoffenheim after knowing that he may not feature extensively during the ongoing league campaign. Despite this, he has secured his long-term future with the north London club after penning a fresh extension before his Bundesliga move.
Hoffenheim have transformed into one of Germany’s regulars in the top four and Nelson’s move to the Rhein-Neckar-Arena is certain to help him earn the much-needed gametime to enhance his progress. Moreover, the youngster also has the opportunity to ply his trade in the Champions League which the Gunners can’t offer and strong performances in the competition would certainly encourage Emery to consider him regularly next term.
Aside from Nelson, the likes of Eddie Nketiah and Joe Willock have earned opportunities to impress in the Gunners first-team over the past season but they have been allowed to continue their progress with the Under-23 side with possible cameos coming their way in the League Cup this term.
Arsenal have made a below-par start to the Premier League season with just one win from their opening three matches and they are already six points adrift of the pace-setters at the top. They are scheduled to face newcomers Cardiff City in this weekend’s league meeting on the road.