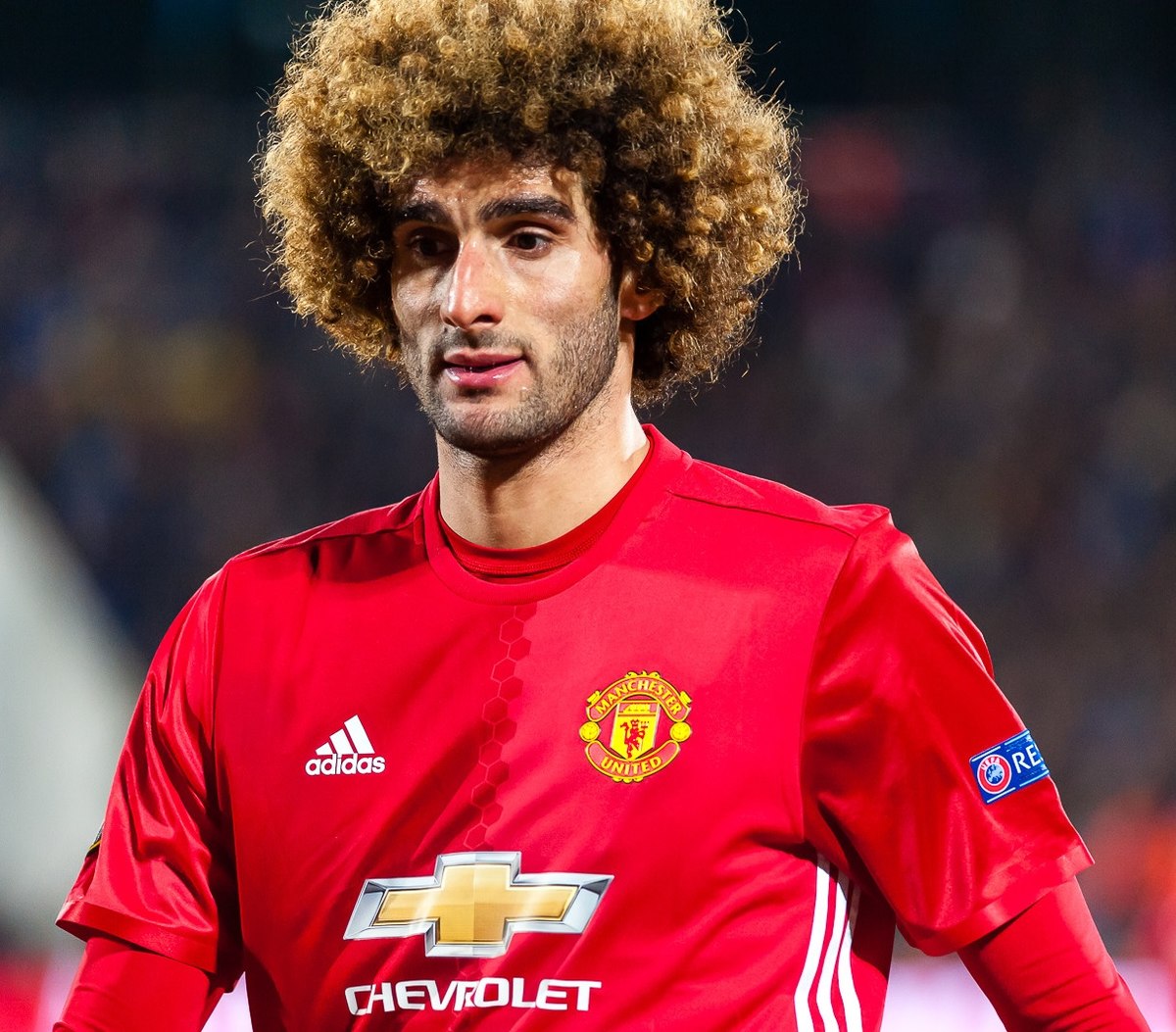 Manchester United appear to have finally convinced Marouane Fellaini to stay after agreeing on a fresh two-year contract with the midfielder. The Belgium international was widely touted to leave the Red Devils with his contract expiring in three days’ time but amidst the anguish of the club’s supporters, he looks set to stay until the summer of 2020.
In an exclusive on Yahoo! Sport, Duncan Castles, who broke United’s interest in Diogo Dalot, confirmed that Fellaini has decided to stay put with Jose Mourinho’s side after turning down potential interest from Arsenal. He further stated that the move has arrested the club’s interest in West Ham United’s Marko Arnautovic, who would have brought a similar physicality to Fellaini in the lineup, though playing in a different position on the field.
Fellaini has always had a hot-and-cold relationship with the supporters at Old Trafford and his latest extension may produce a negative response, given the way things have paved over the past year. The £80,000-a-week midfielder had been in a contract standoff for most of the previous campaign and his response towards the end of the season was not best received after he highlighted that the club need to adjust their financial terms to suit his demands.
Amidst all this, Fellaini appears to have finally got his wish for a two-year contract and it will be interesting to see which kind of role he may command under Jose Mourinho next term. The Portuguese tactician had personally praised Fellaini’s game-changing potential on multiple occasions last term but it is yet to be known whether he can earn a regular starting role following the arrival of Fred.
The Brazil international became United’s second signing earlier last week after he was officially unveiled in the club’s shirt and many of the supporters believe that he could accompany Paul Pogba and Nemanja Matic in a midfield three next term.