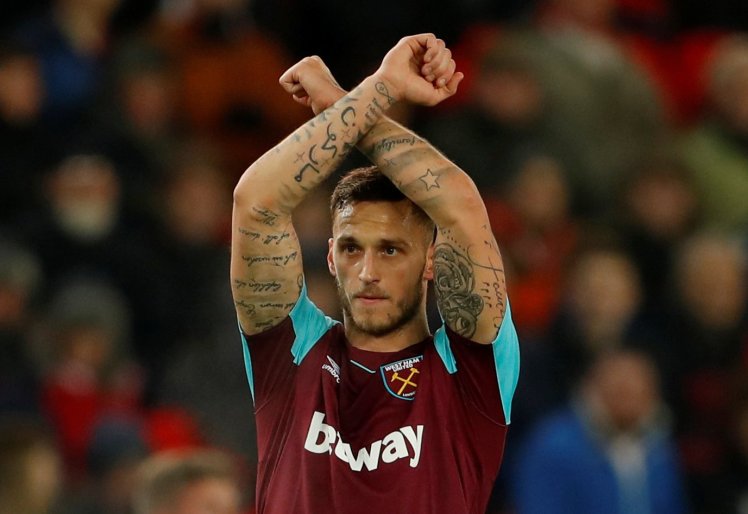 West Ham United entertain Manchester United in Thursday’s Premier League meeting at the London Stadium. The Hammers secured their Premier League safety against Leicester City during the previous weekend and they should play with much more freedom against Jose Mourinho’s men.
United have been placed second in the standings for most of the campaign and they can assure themselves of the runner-up spot by acquiring at least one point from their next two league matches.
Players to watch for:
Marko Arnautovic – West Ham United: The Austria international struggled to make an impression during the initial months of the campaign and there were suggestions that he could drop further down the pecking order. However, the former Stoke City man has since made the most of his opportunities and he has contributed 10 goals and five assists for the Hammers. United have had issues especially in the full-back positions of late and Arnautovic’s excellent dribbling and hold-up play could make him a menace. Arnautovic also has the tendency to try long-shots, though it would take some effort to beat the brilliant David de Gea from a distance.
Anthony Martial – Manchester United: Unlike Arnautovic, Martial has experienced an exact opposite of form since February. The France international had a strong month of January where he had scored in three straight league appearances but he has since dropped down the pecking order to accommodate Alexis Sanchez on the left wing. Nevertheless, Martial has not impressed in the minimal starts offered and he was the subject of criticism from Mourinho for a sub-par performance in the Brighton defeat. Martial may feature from the bench versus the Hammers on Thursday and his showing could make or break his United career which is apparently on the fringes.
Prediction:
West Ham United 2-2 Manchester United