Italian manager emerges as front runner for the Arsenal job 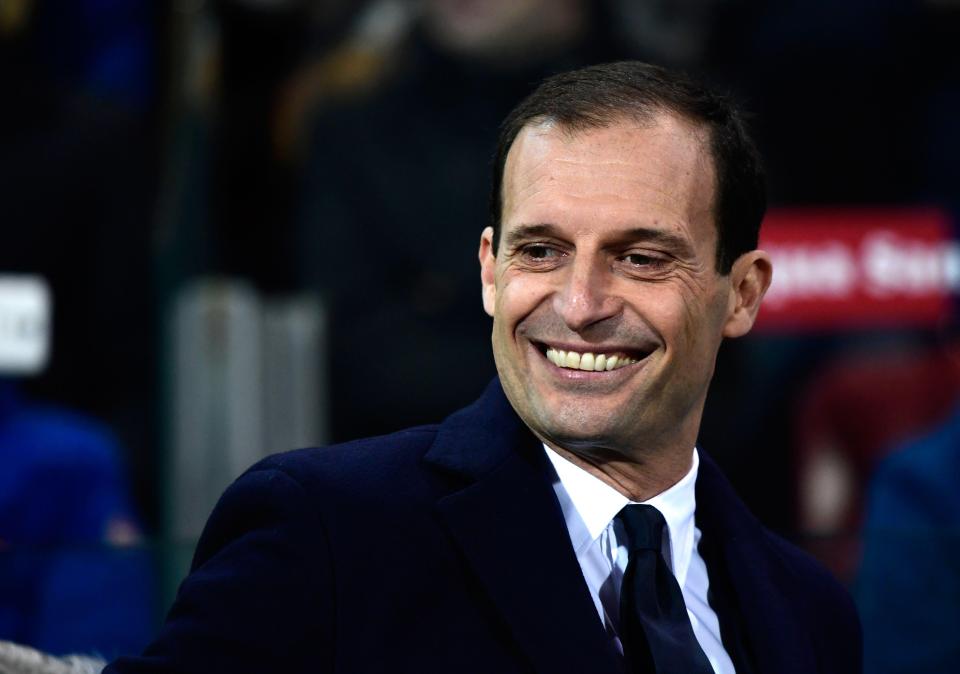 Juventus head coach Massimiliano Allegri has reportedly emerged as the front runner to succeed Arsene Wenger as the next Arsenal manager. The 50-year-old is currently contracted to the Bianconeri until June 2020 but he has previously talked about the possibility of a Premier League move.
According to The Mirror, Allegri has jumped ahead of Luis Enrique in the Gunners’ managerial list and the club have a ’50/50′ of pursuing his services at the end of the campaign.
Allegri has previously hinted that he would fancy a future challenge in England but the Gunners are unlikely to have an easy route to his signature considering Juventus are planning to reward him with a new contract.
The Bianconeri have literally won another Scudetto after Napoli’s collapse in recent weeks and the club are supposedly planning contract talks following the midweek Coppa Italia final against AC Milan.
Arsenal have been on the search for a new head coach since Arsene Wenger announced that he would be leaving the Emirates during the summer and the club have since been associated with a number of managers, most commonly in Enrique.
The ex-Barcelona coach is seemingly keen on showcasing his managerial abilities in the English top-flight but so far, the Gunners have been reluctant to commit to his staggering wage demands of £15m-a-year after tax.
Wenger won’t be able to celebrate trophy success with the Gunners after recent Europa League semi-final exit to Atletico Madrid but he has nevertheless managed to go on a high at the Emirates, where Arsenal picked up a 5-0 triumph over Burnley on Sunday.
The victory assures them of the sixth position in the standings, something which they won’t be proud about, but the future on the club could be interesting with the likes of Pierre-Emerick Aubameyang and Konstantinos Mavropanos exciting the faithful.