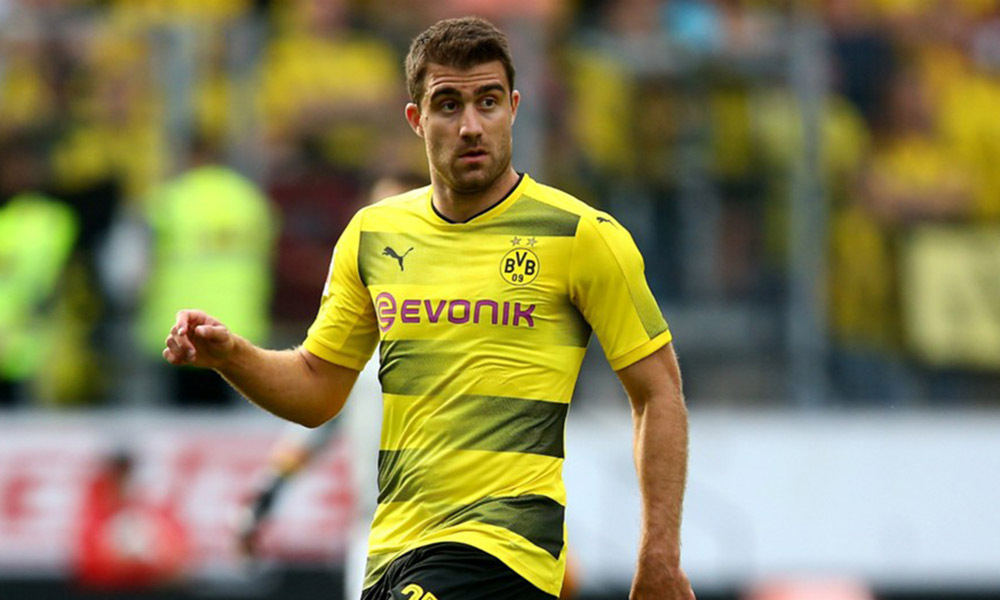 Arsenal are reportedly nearing an agreement to sign Borussia Dortmund defender Sokratis Papastathopoulos this summer. The Greece international is being widely tipped to leave the Bundesliga in the coming weeks with Dortmund having already earmarked a suitable replacement in the form of Mainz’s Abdou Diallo.
According to SportBild, the north London giants are close to sealing an agreement with the Greek footballer as they plan to discuss a two-year contract with his representative. It is added that Dortmund are likely to demand a £17.5m fee for the defender’s sale and the sum gained will be utilised in the pursuit of Diallo, who is currently valued at £22m.
The central defensive department was a cause of concern for Arsenal during the course of the 2017/18 campaign and they ended their season with their worst ever league defensive record in over three decades.
As such, the hierarchy are expected to strengthen the position in the post-Arsene Wenger era and their need has only been increased after Laurent Koscielny suffered a long-term Achilles problem this month.
Sokratis has been with Dortmund since the summer of 2013 but his reluctance to extend his contract beyond June 2019 has supposedly urged the German club to consider his summer sale.
Premier League giants Manchester United were initially touted as a possible destination for the Greek centre-back but the Gunners have now clearly jumped ahead of the race under the influence of Sven Mislintat.
Mislintat, who was previously the chief scout at Dortmund, has been working as the Gunners’ head of recruitment since November last year and he is understood to have played a key role in luring the likes of Pierre-Emerick Aubameyang and Henrikh Mkhitaryan to the club.
The German also orchestrated the signing of young Greek defender Konstantinos Mavropanos from PAS Giannina during the winter transfer window and the initial impressions of the centre-back were impressive under Wenger towards the end of the season.