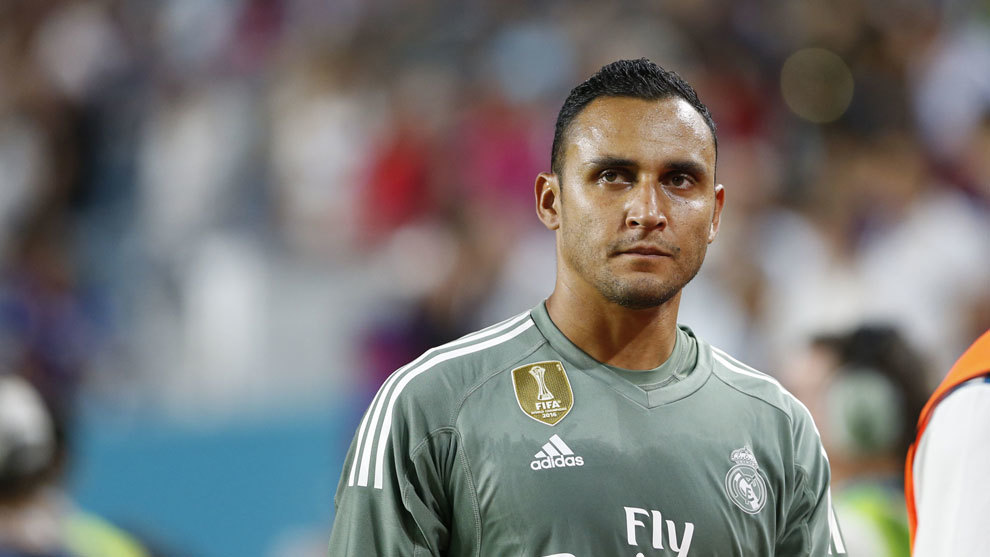 Real Madrid goalkeeper Keylor Navas has reportedly squashed the speculation of him leaving the Bernabeu at the end of the season. The Costa Rica international has received criticism from the club’s supporters in recent times, but he is still focused on staying put with the European champions.
In an exclusive interview with BeIN Sports, Navas dismissed the ongoing gossip which has associated him with a summer exit from the Madrid giants. A recent report from Don Balon claimed that he would prefer to join the ‘new project’ with Arsenal next term, but Navas has seemingly distanced himself from the speculation by citing that he wants to honour the remaining two years of his Los Blancos contract.
Navas’ position with Madrid has been under question during every transfer window with the transfer link with Manchester United’s David de Gea refusing to cease. Los Blancos have supposedly made no contact with the Spain international since his botched transfer during the summer of 2015, but for the reason or the other, Navas’ future has been put into doubt.
Despite this, he has continued to gain the confidence of manager Zinedine Zidane, and his future could more or less be dependent on the Frenchman’s stay at the club. Unlike the previous campaign, Los Blancos have performed averagely in the Spanish La Liga, and this has pretty much ended their title defence with a 14-point gap to runaway leaders Barcelona.
Hence, Navas and Co. are once more expected to be reliant on success in the Champions League, and they have a strong chance of progressing to the last four after beating Juventus 3-0 in the away leg of their quarter-final tie. Wednesday’s second leg versus the Old Lady should be more of a formality, barring a major collapse, and Los Blancos will thereafter be aiming to go all the way to become the first club to lift the Champions League crown in three straight seasons.