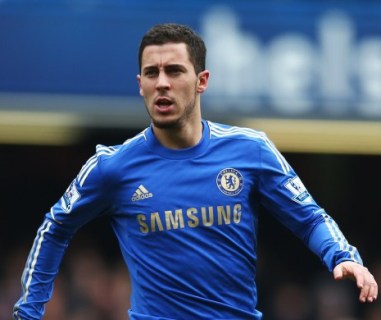 Antonio Conte’s Chelsea face-off against Southampton in Saturday’s early Premier League kick-off at St Mary’s. The Blues are more or less out of the top-four after their stalemate versus West Ham United, and the Saints game should act as a dress rehearsal ahead of the FA semi-final against the same opposition next weekend.

Formation: 3-4-3
Lineup:
Belgian goalkeeper Thibaut Courtois has been the first-choice for the Premier League duties when fit. Courtois should make his second-straight appearance this weekend, and he will be aiming to end his four-game league streak without a shutout.
In defence, Conte is likely to stick with his regular combination, and this could witness Cesar Azpilicueta, Antonio Rudiger and Andreas Christensen making up a three-man backline. Gary Cahill earned a rare start owing to Christensen’s fatigue last weekend, but the Dane should return to the mix.
Ahead of them, Victor Moses and Marcos Alonso can be fancied to feature in their regular right wing-back and left wing-back positions respectively, whilst Cesc Fabregas and N’Golo Kante are more or less the suited candidates to form the central midfield partnership.
Conte has shown a reluctance to rotate his forward options of late, and this may be a sign of the Italian seeking a bond between his players. Willian and Eden Hazard are pretty much certain to start on the left and right wing respectively with Alvaro Morata getting another opportunity to lead the line.
Morata now has competition behind him in the form of Oliver Giroud, and his current form guarantees him a start. Since late March, the Spaniard has netted in the games against Leicester City and Tottenham Hotspur, and this has been followed by an assist for Azpilicueta’s goal last weekend.
Predicted Chelsea lineup (3-4-3): Thibaut Courtois, Cesar Azpilicueta, Andreas Christensen, Antonio Rudiger, Victor Moses, Cesc Fabregas, N’Golo Kante, Marcos Alonso, Willian, Eden Hazard, Alvaro Morata