Liverpool’s first choice left back Alberto Moreno is out injured at the moment and in his place, summer signing Andrew Robertson has stepped up and performed well.
If reports in the media are anything to go by then the Reds still want to reinforce their LB position and Benfica star Alex Grimaldo is in the lime light.
According to JN (press image provided), Liverpool want to sign the likes of Grimaldo and Krovonovic from the Primeira Liga giants and both players have the same release clause of €60million.
Also Read: Liverpool Demand Signing of €125million Star – He Likes Klopp
As far as the Spanish left back is concerned, JN have mentioned that Liverpool have tracked the defender for several months and the player is transferable.
The Portuguese source have claimed that €60million clause was included in Grimaldo’s contract when he joined from Barcelona back in 2015, but now, Benfica are ready to accept half i.e. a fee worth €30million.
Alex has featured in 18 games in all competitions for the reigning Portuguese champions this season and provided 4 assists. In your opinion, do Liverpool need to sign another left back to strengthen their back line? 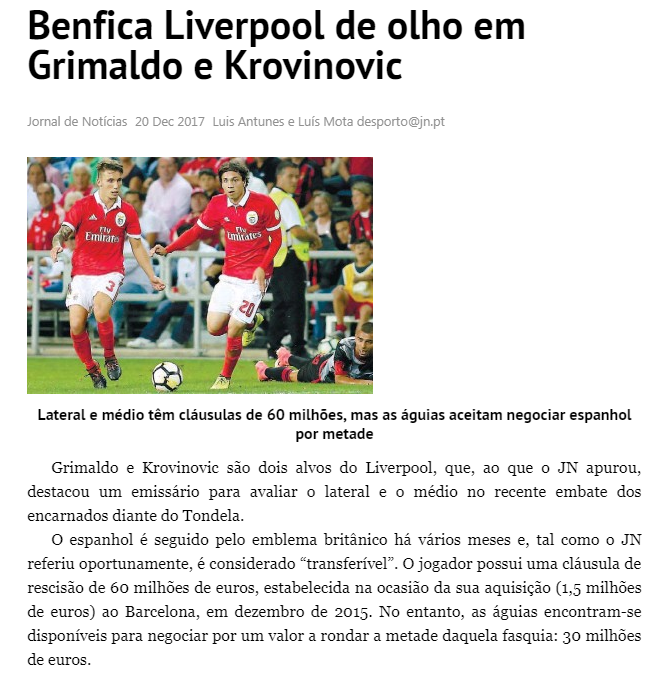