Manchester United are currently second in the Premier League, eight points behind league leaders Manchester City and four in front of arch rivals Liverpool, who are currently in 5th place.
The Red Devils need to strengthen their squad in the winter transfer window if they are to bounce back and win the title in the second half of the campaign.
As far as the latest transfer news is concerned, reports suggest that the Old Trafford club have agreed a deal with Benfica to sign a talented starlet in the form of Umaro Embalo.
Also Read: Manchester United could Triple Wages to Sign €60million Star
According to Portuguese source Record, the two clubs have already agreed the transfer of the 16-year-old winger, who has netted 5 goals in 12 goals for the U-19 team of Benfica.
Not to forget, Manchester United hired the services of Swedish international Victor Lindelof from the Primeira Liga giants in the summer transfer window but the center half has not performed well so far.
If reports are anything to go by then United beat off competition from the Reds to agree deal for Embalo. Las month, A Bola (image provided below) reported that Liverpool have been interested in the teenager as well. 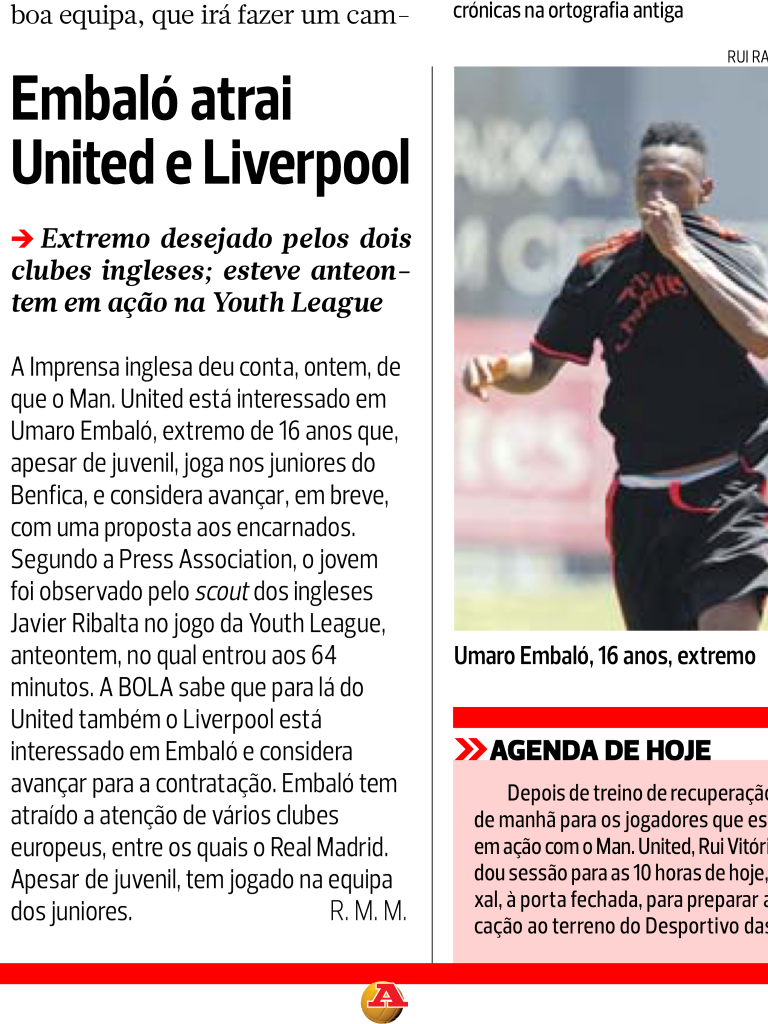