Manchester United won their opening game of the season 4-0 against the Hammers to go to the top of the Premier League table.
The Red Devils are going to collide against Swansea City in the early kick off contest today and should be considered favorites to earn all three points.
As far as the team news is concerned, manager Jose Mourinho has not made a single change in the starting XI that featured against West Ham United last weekend.
Here is Man Utd’s confirmed starting XI vs Swansea. 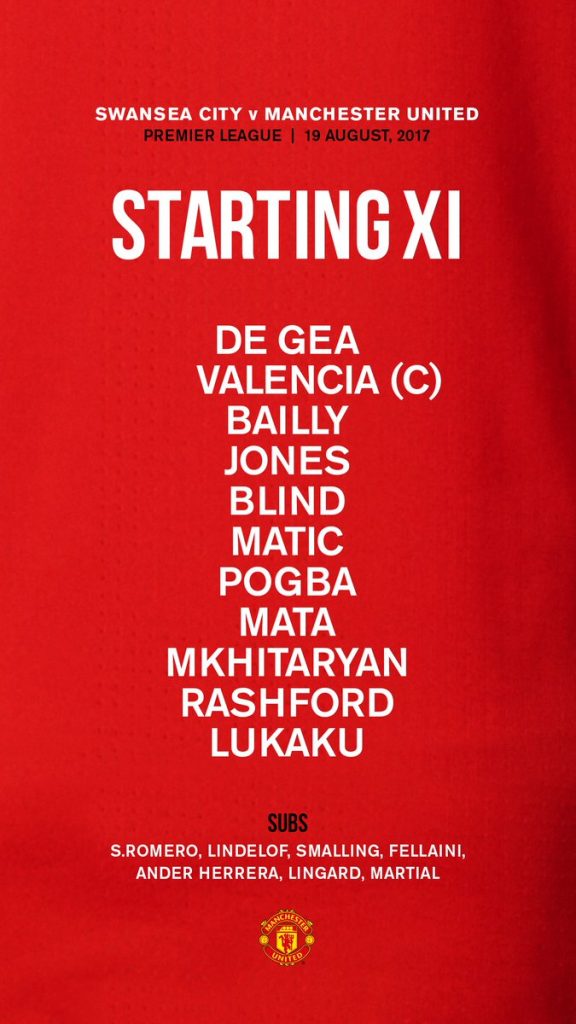