Manchester United have already strengthened their back line this summer by signing center half Lindelof and now it seems that they are interested in signing a new right back.
Yesterday, we covered a report (via Paris United) claiming that PSG star Serge Aurier has agreed to join Manchester United.
More recently, an update has been provided by Paris United in which it has been claimed that the Old Trafford club have agreed a five year contract with the Ivorian full-back worth $27m-$30m.
Also Read: Man Utd Pushing to Secure “Extremely Talented” Winger Signing 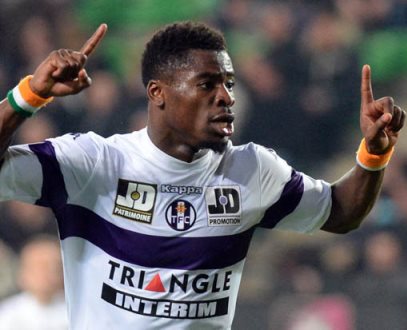 At the moment, United’s first choice right back is Antonio Valencia. The Ecuadorian international joined the club to replace Cristiano Ronaldo when Alex Ferguson was in charge.
However, in the past few seasons, he has proved to be an effective wing-back. The South American star will turn 32 on Friday. In such a scenario, United need a long term replacement.
Serge rose to fame in the World Cup 2014 and he has been a key member of the PSG side since moving from Toulouse. Renowned for his explosive pace, Aurier would be a quality signing for Jose Mourinho.